Posted at 19:25h in Uncategorized by sowadmin 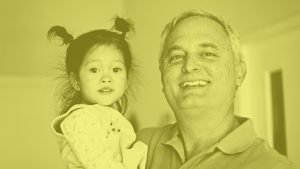 Anyone who has spent a few moments with Richard Baker knows his passion for hurting humanity, especially orphans, is undeniable. He and his wife Cheryl had the privilege of serving as directors of Casa Shalom Orphanage in Guatemala from 2002 to 2005. Throughout his service in ministry, Baker has visited 85 countries and made over 400 visits to orphanages, feeding centers, refugee and resettlement camps around the world.

After faithfully serving as Executive Director of the Lazarus Foundation for nine years and COO for Serving Orphans Worldwide from its inception in May 2010, Richard accepted the full-time position of Lead Pastor at Grace Point Church in Bristol, TN.

“I never had any intentions of returning to a pastoral role. In fact, I felt I would spend the rest of my ministry at Serving Orphans Worldwide. I have never experienced more satisfaction and enjoyment than getting to visit all the orphanages and the children and to know that God had used me in a small way to make their lives better. But I know that as I take this next step, I am following the Lord’s direction for my life and ministry.”

Baker brought a passionate concern for underprivileged children and orphans, invaluable experience on the mission field, and boundless joy to his work at SOW. His leadership in the organization will be greatly missed, but Baker has promised that his involvement with SOW will continue on a volunteer basis for years to come!

On Wednesday, Nov. 18, the Serving Orphans Worldwide Board of Directors unanimously voted Ken Anderson as SOW’s new Vice President of Operations.  Anderson brings a valuable administrative background, as well as extensive experience on the mission field to the table for this position.  Except for four years during which he served as senior pastor in Anderson, SC, he has worked fulltime in a missionary role since 1989.  He is a 1984 graduate of Lee College and has completed 52 credit hours in graduate studies.  Anderson has also been a credentialed minister since 1988.

Anderson has served on various boards including Hispanic Ministries, Volunteers in Medical Missions, and SC Missions Board.  Ken began flying in 1984 and holds a commercial pilot license with instrument rating.  He also speaks fluent Spanish, and has 25 years of experience in cross-cultural relationships and communication.

It is clear that Anderson’s expertise makes him the perfect fit with the vision and mission of Serving Orphans Worldwide.  And like Baker and Dr. Gregory, Anderson also brings a sincere heart for serving others and rescuing orphans around the world. With such passionate leadership from Dr. Gregory, Brother Baker, and Brother Anderson, the possibilities for SOW’s future are endless!