24 Sep The Story of Boaz Chishiri: From Orphan to Elected Junior Mayor and Councilman

Posted at 17:47h in Uncategorized by sowadmin 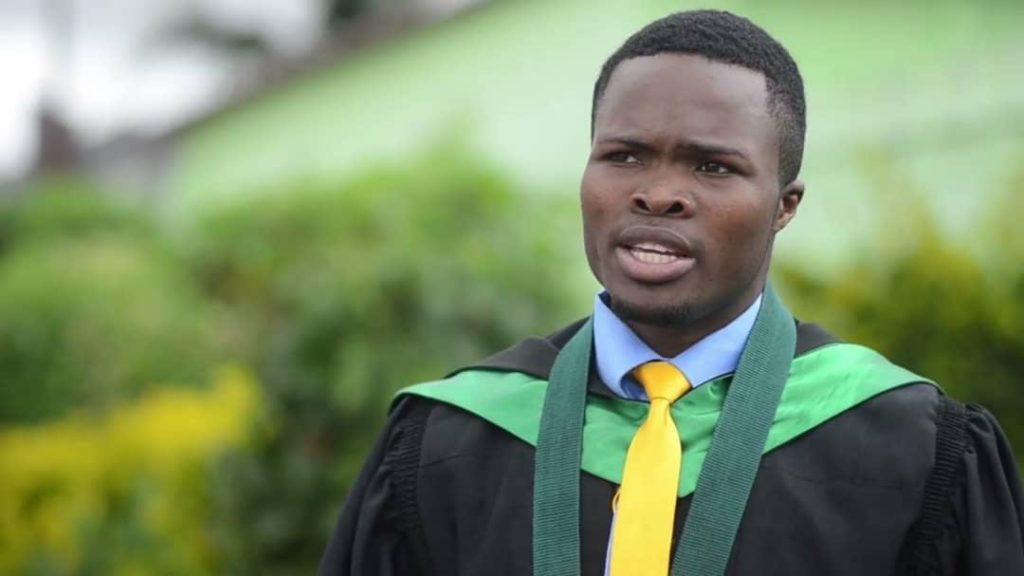 Despite being Zimbabwe’s leading political, financial, and commercial center, the city of Harare is home to thousands of children orphaned by AIDS. This growing crisis has overwhelmed local communities and extended families across the city, resulting in orphanages exceeding capacity, an increase in children living on the streets and households headed by minors under 18.

Children orphaned by AIDS face a wide range of problems. Often, extended family members are not able or willing to take on the responsibility of caring for an orphaned child due to poverty and inability to provide the medical attention they need.  In addition, AIDS orphans are often stigmatized, and as a result, they are deprived of school tuition, food, clothing and sometimes shelter.

Boaz Chishiri, outgoing junior mayor of Ruwa, has a strong belief that the kinds of change that will improve conditions for orphaned children begins with community leaders with influence. Boaz believes that good community leaders have the power to change policies and the platform to challenge social stigmas that impact orphans, especially AIDS orphans. Ultimately, this is the reason why Boaz entered the competitive election process to become Junior Mayor of his community- to be the voice for orphaned and vulnerable children, and to advocate for their rights.

His confidence and leadership skills make it difficult to believe that he has had to overcome trauma and adverse childhood experiences himself. Boaz lost both of his parents at the age of 7. His mother died of cancer, and his father died from AIDS, leaving him alone to care for his sister. Unfortunately, two years after he lost his parents, his sister was bitten by a stray dog, and passed away from rabies. Born into a poor tribe, and with the stigma of being an AIDS orphan, Boaz had very little support and was unable to go to school. He felt hopeless, alone and with no purpose. Desperate, he began to herd cattle with his uncle for a place to sleep. Not long after, his uncle was no longer able to provide for him due to extreme poverty and he was taken to a local orphanage.

Boaz came to Rose of Sharon Children’s Home at 9 years old. Dr Fatima Maruta, Founder and Director of the home immediately noticed his heart for the younger children and his leadership qualities. He received nutritious meals, a warm bed to sleep and all that he needed to survive. She enrolled him in school, and teachers and students alike noticed his strong communication and computer skills. He began to thrive and see hope for his future.

Dr. Maruta gave him additional responsibilities around the home, taught him the power of servanthood and that he was not defined by his circumstances. These were the core values that became the driving force behind his desire to be the change in his local community, especially for orphaned and vulnerable children.

Boaz entered the election process for office by completing a series of interviews and a lengthy induction camp where he had to prove his leadership skills and deliver his speech. Boaz’s strong work ethic and his belief that he can rise above his circumstances saw him being inaugurated as 2015/2016 Junior Mayor of Ruwa Town Council, where he would serve a two-year term. During his years in office, he was able to educate his community about the issues that orphaned and vulnerable children face every day and launched projects that provided food and clothing to the needy.

Today, Boaz is pursuing his degree in IT. He is now back at Rose of Sharon Children’s Home as the direct assistant to Dr. Maruta. For Boaz, Rose of Sharon is where hope was restored, and where he was given the opportunities to exceed beyond what he thought he was capable of. For him, it is a privilege to come back, and to be part of improving quality of care for the children and investing in sustainable projects at the home.

Although adoption and developing strong and healthy communities are ideal solutions to the orphan crisis, we understand that it’s not an immediate option for most children globally. The truth is, equipping communities with resources, increasing access to care, lowering poverty and crime rates and changing cultural stigmas can take decades. Adoption can be a lengthy process, and some may never qualify to be adopted. We must begin the process of community development and promote adoption, however, we must also recognize the impact of children’s homes like Rose of Sharon.

Serving Orphans Worldwide is proud to support 52 homes like Rose of Sharon, who are providing orphaned and vulnerable children across the globe with basic needs such as healthcare, education, food, long term accommodation. Through our partner homes, we not only seek to improve basic needs, but also equip children with every opportunity to succeed in adulthood.