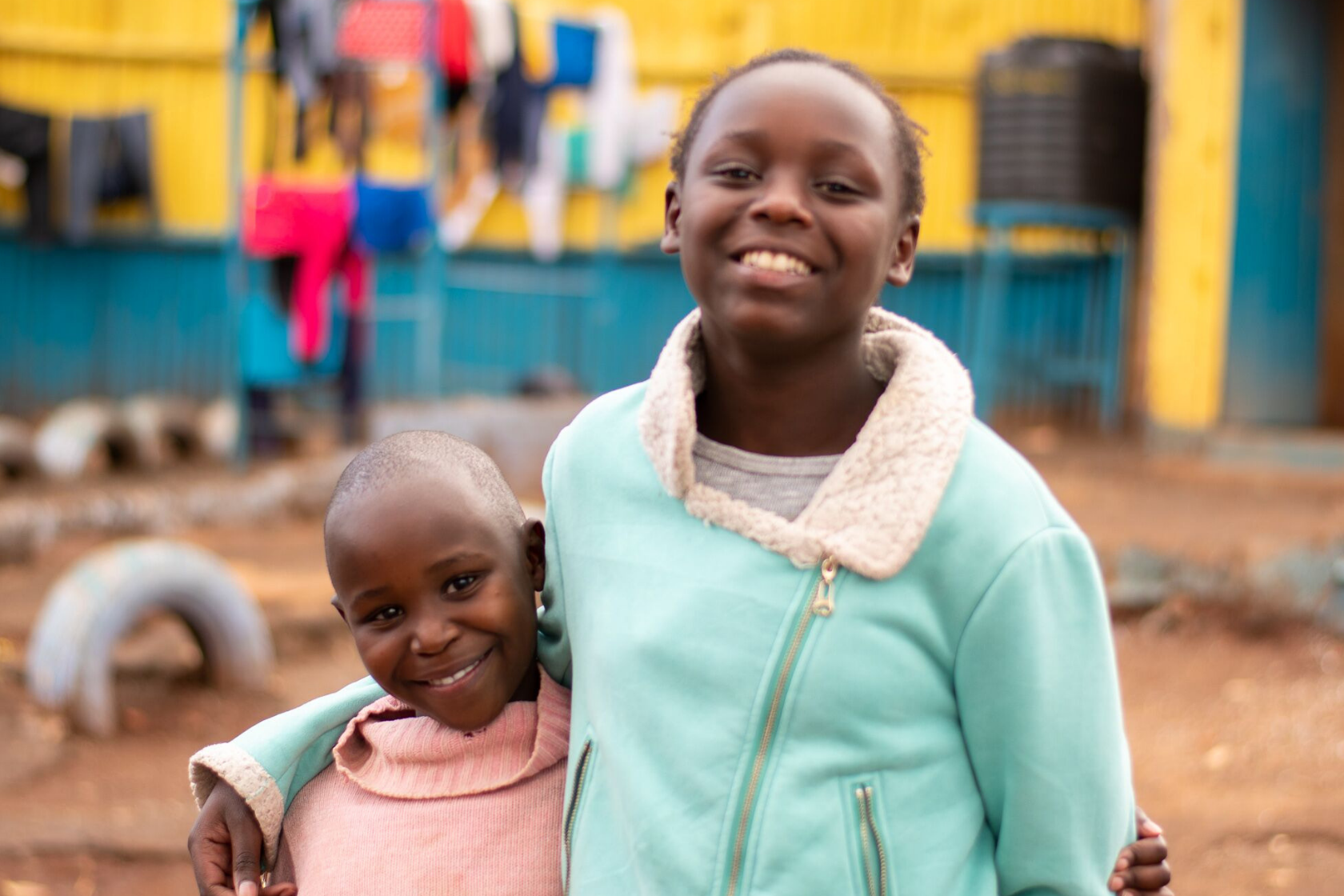 Posted at 20:34h in Uncategorized by sowadmin

Agape Hope Children’s home has a mission to provide a safe, nurturing environment for orphaned children in Kenya. Every child who calls Agape Hope home has a different story. Some have lost both parents and have no relatives or close family friends to take them in. Some have been abandoned due to gender preferences, disabilities and extreme poverty. Many of the children have also been rescued from sex trafficking, forced labor, displacement due to armed conflict and child abuse. No matter the story, Agape believes that each child deserves to be loved, and that they are not defined by their circumstances.

Monica is a joyful, healthy ten-year-old with big dreams of becoming a personal chef. Monica walks around the home, often with a big smile on her face, ensuring every child has a friend to play with.

Monica arrived at Agape Hope when she was just three years old with her older sister, Esther. At the time of rescue, both girls were thin and their growth was stunted because of severe malnutrition. Monica weighed just 3 kilos, and doctors believed she would not survive.

Prior to coming to Agape Hope, Monica and Esther lived with their mother and brother. Living in extreme poverty, and with no support systems in place, their mother turned to abusing illicit substances to cope. As a result, she was unable to care for her children or provide for their basic needs.

Monica and Esther’s mother would regularly disappear for months at a time, leaving the siblings alone with no access to food or clean water. One day, their brother went out to find food and never returned. It was discovered later that he had drowned trying to catch some fish in a nearby waterhole.

After the death of their brother, Esther took on the responsibility of caring for Monica. During this time, Esther would climb out of the window to beg for ugali from anywhere she could find some. She would bring it back home and share it with Monica, however, many times they still went hungry and became desperate.

After a series of traumatic events, Monica and Esther were rescued by local police and were taken to Agape Hope Center, right before their mother sadly took her own life. Their father has never been involved, and is believed to be incarcerated.

Monica and Esther were immediately taken to see a doctor. Despite all odds, the girls steadily gained weight over time.

Today, the girls are thriving at Agape Hope. They were enrolled in school as soon as they became eligible. At first, Monica found it difficult to concentrate and struggled in certain subjects. However, this year, she has really excelled in school. Her favorite subject is Swahili studies (local language). Esther loves science and is top of her class. Agape Hope Center also provides creative learning opportunities that involve more hands on activities. Both Monica and Esther enjoy these classes.

Monica and Esther are extremely close. They always look out for each other. The director of the home has taken them in as her own children, and goes out of her way to make them feel special and loved. Every morning, Monica will run to the director, waiting for her to say, “You are my heart!” Monica thrives on these words each day.

Agape Hope is currently helping over 100 vulnerable children like Monica and Esther.

Fully equipped with dormitories, a church and school, Agape Hope has the capacity to care for many of Kenya’s most vulnerable children. The property consists of three girl’s dorms, two boy’s dorms, four office blocks, 4 primary school classrooms, four high school classes, a kitchen and a church.

Agape Hope is also serious about sustainability. On half an acre, they have a green house to produce fresh crops to eat and sell, and a farm with goats, dairy cows, and pigs.

The children participating in our child sponsorship program live at our partner homes, including Agape Hope. Through child sponsorship, you will ensure your child has a safe home, access to school and medical care, and the opportunity to grow in his or her faith in Christ.