Posted at 16:58h in Uncategorized by sowadmin 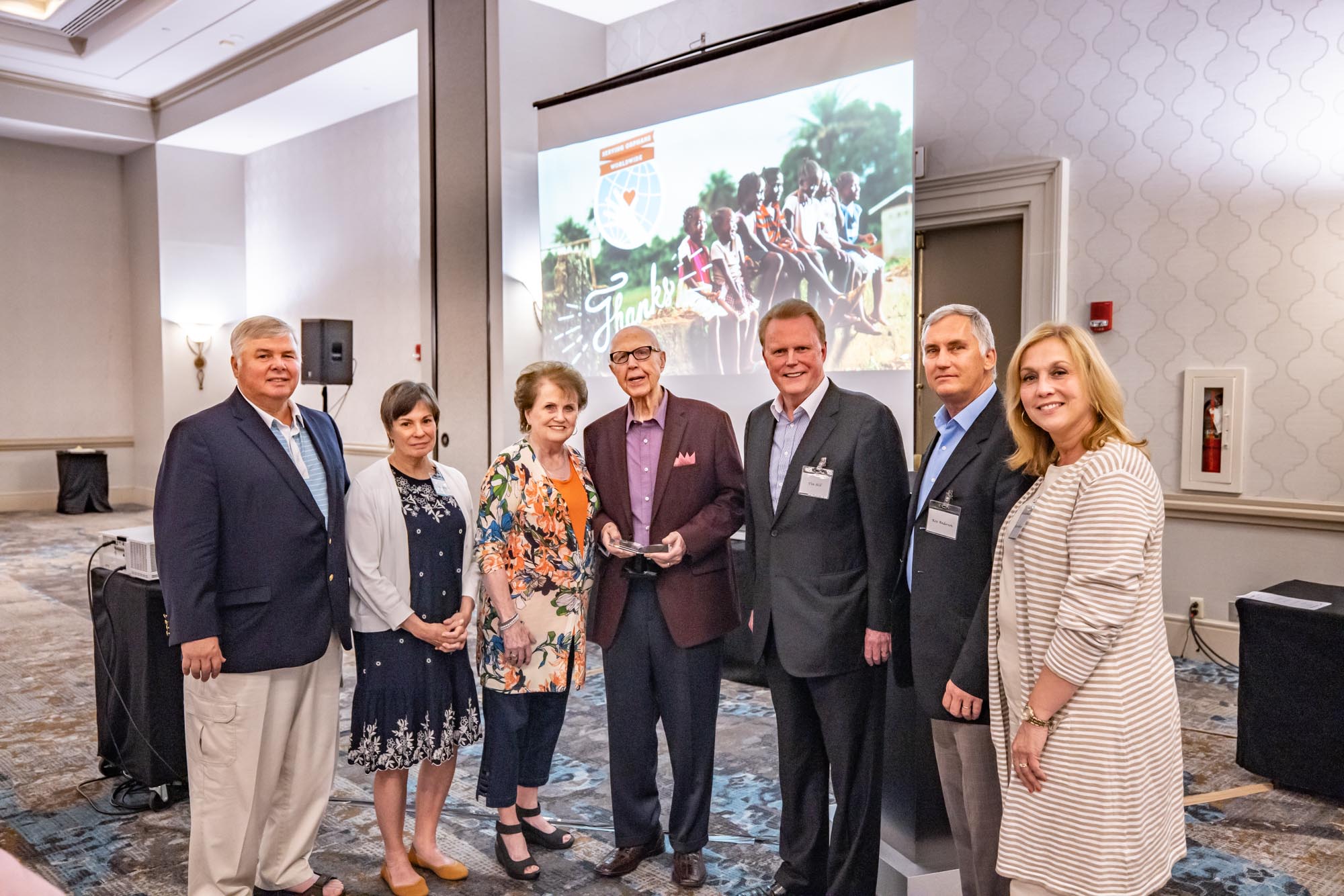 In May of 2021, the leadership of Serving Orphans Worldwide along with General Overseer of Church of God (Cleveland, TN), Dr. Tim Hill, presented Dr. W.C. Ratchford the first James 1:27 Award for his many decades of ministry and outstanding leadership in raising funds for orphan care projects around the world.

Starting his full-time ministry in 1957, Ratchford received Ordination credentials in 1964 and pastored in the Texas cities of Petrolia, Olney, Amarillo, Mesquite, and Hurst. He was trained in Southwest Bible College in Oklahoma City. Dr. Ratchford served as Administrative Bishop for the Church of God in Nebraska, Mississippi, Virginia, South Carolina, and Illinois in the decades to follow and lead many state and national initiatives during his career. As a leader, he is a “mover and a shaker” when it comes to missions and helping to launch projects of high impact. He was part of the “Strike Force” during the 1990’s that conducted 15 major crusades in Russia where 15 new churches were planted and over 12,000 individuals came to Christ in one week.

Since 2016 during his “retirement years,” with great passion he has raised funds to build the David Ratchford Center for Children in Goma, DR Congo; Rose of Sharon Children’s Home in Tamil Nadu, India, named in memory of Monte Ratchford, his first wife of 64 years; a Transition Home for young adult orphans in Mumbai, India, named in memory of Dr. Bill Wilson. Currently, he is partnering to launch new projects at Good Shepherd Home for Children in Nepal, and a school for children at Jyothi’s Home in Andhra Pradesh, India, which will be named in memory of Dr. Walter P. Atkinson.

We are grateful for the life and work of Brother Ratchford as he continues to glorify God in fulfilment of the James 1:27 mandate, “to visit orphans and widows in their trouble…” He inspires all who know him to remain faithful and fruitful, making a difference for Christ locally and around the world.