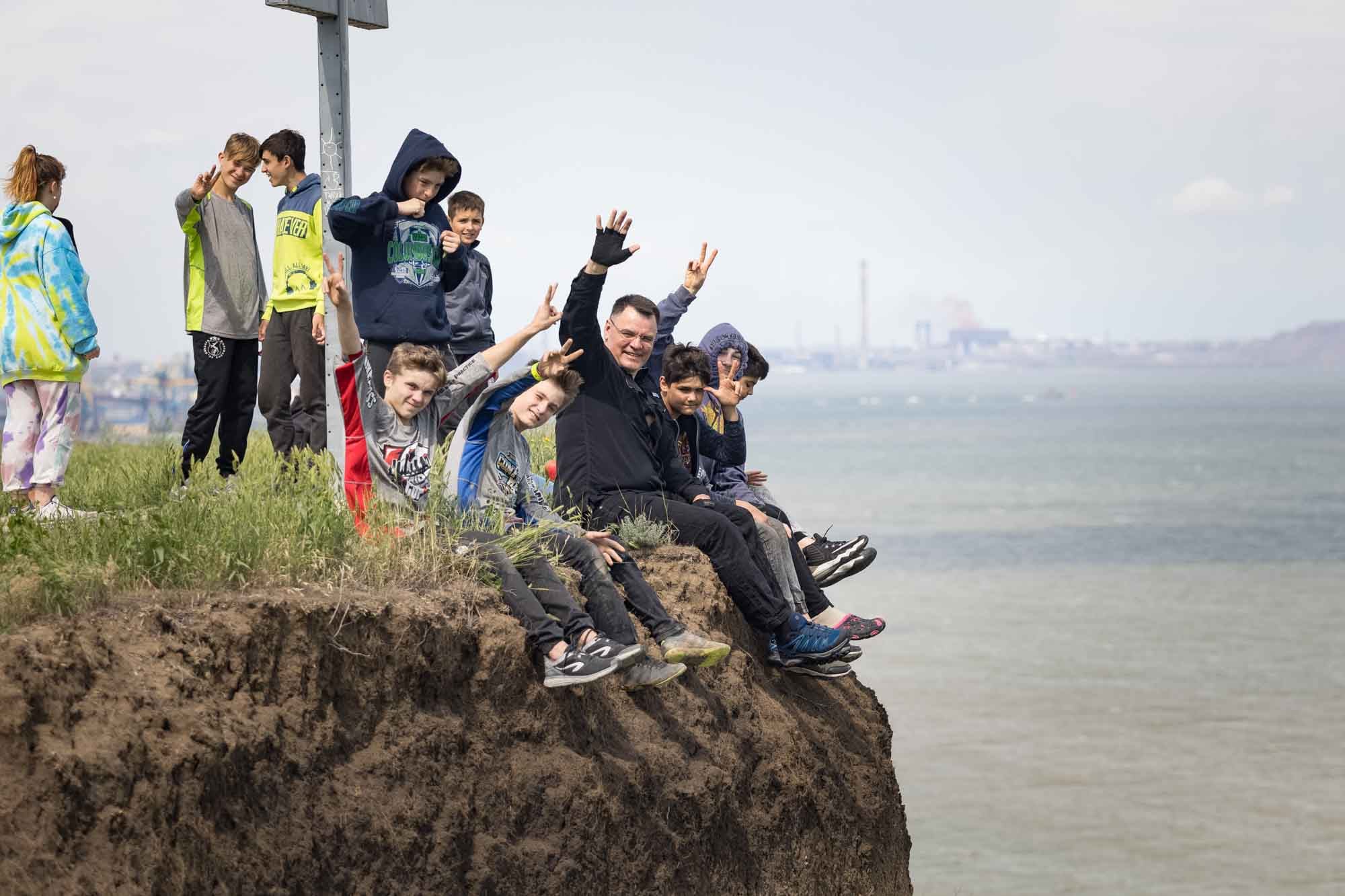 Posted at 23:25h in Uncategorized by sowadmin

In the midst of muddy trenches and villages completely decimated by mortars, Pastor Gennadiy begins his work day. Clocking into work looks a little different for him, as it does with most of the staff working in our Eastern Ukrainian partner homes.

A normal workday for Pastor Gennadiy involves more than serving and advocating for the children living at Pilgrim Republic Safe-house, which is an overwhelming task on its own. He puts on his military uniform and makes his way to the trenches to serve as military chaplain to those fighting on the frontlines. After that, he and his team will go to the villages in the war zone to see how they can help those communities and serve desperate families. At the end of the day, he comes home to his wife and checks on the 35 children that they have adopted as their own. He celebrates the joy of holding his new grandbaby, knowing just how precious life is. 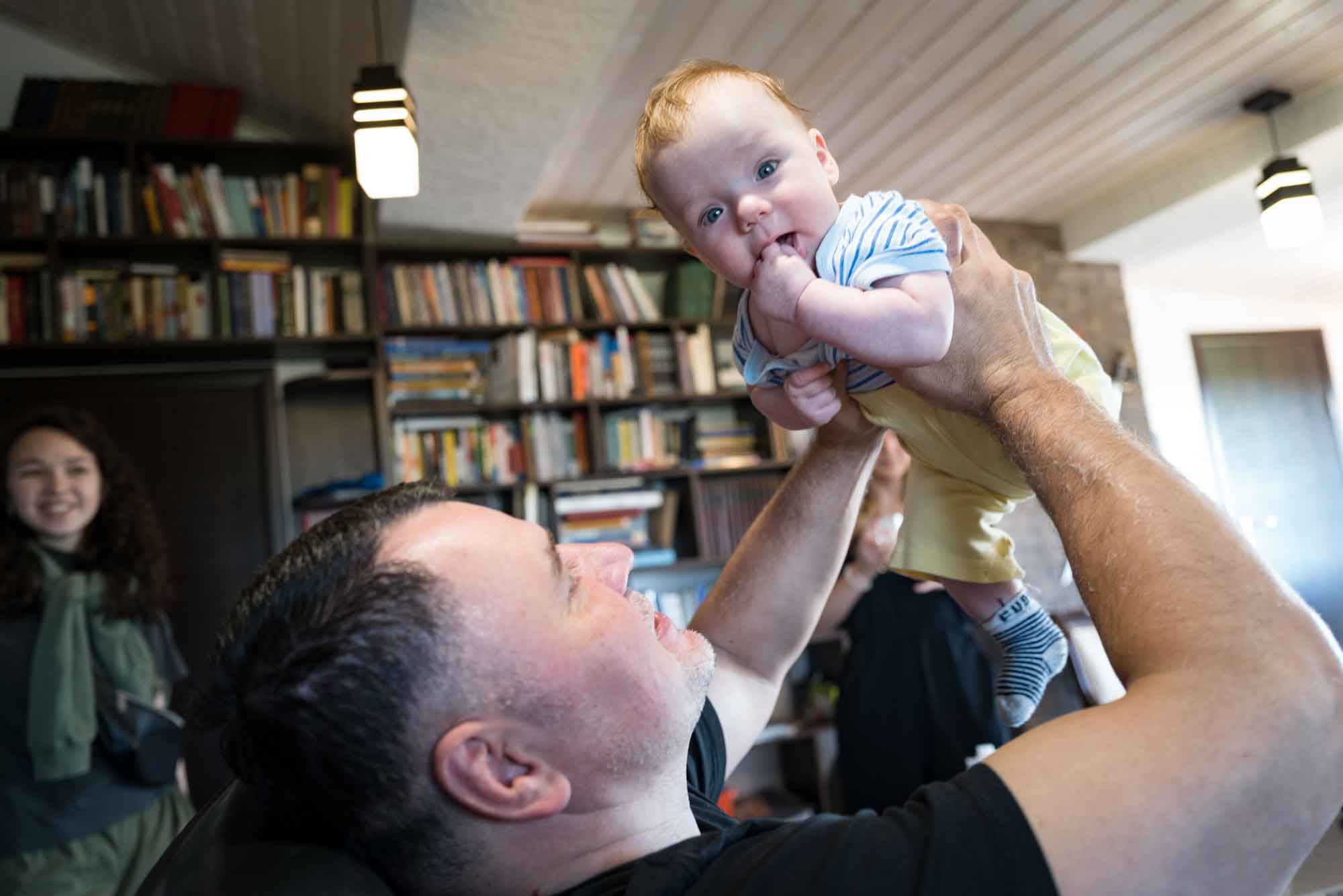 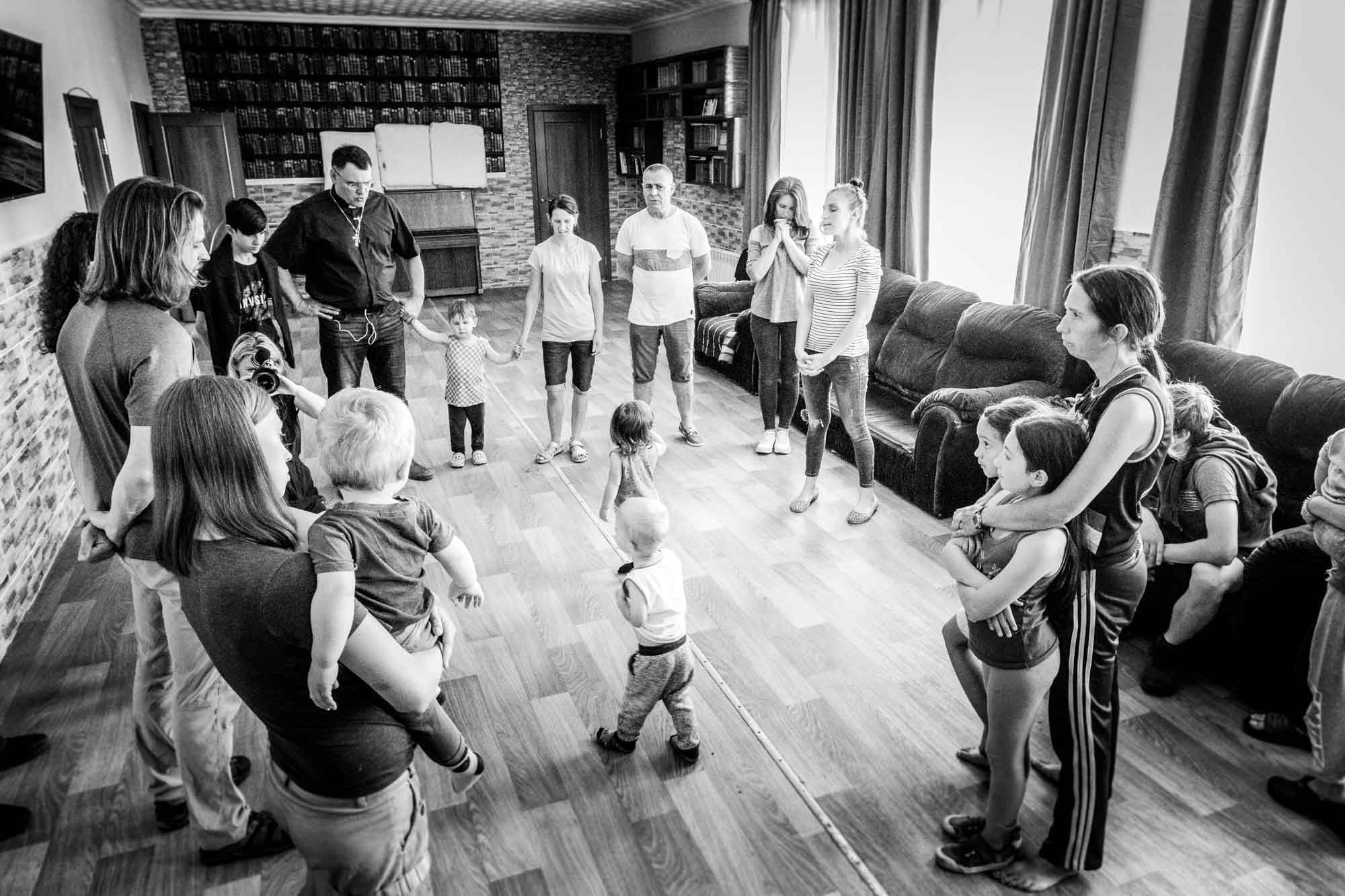 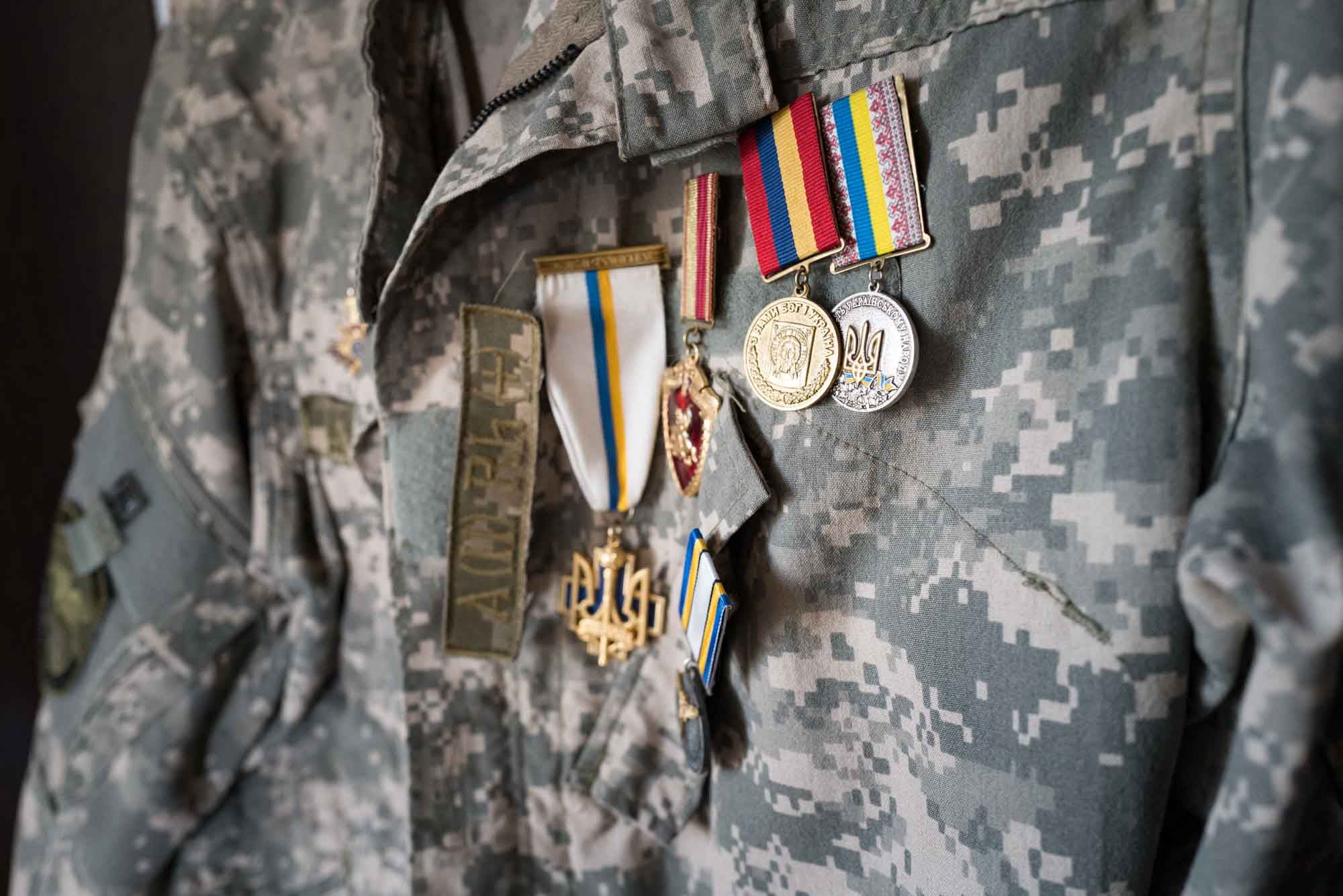 The war that started back in 2014 between Russia and Ukraine has claimed over 13,000 lives and continues to escalate. When homes are destroyed and lives are taken from this earth in the thousands, it creates a sense of desperation and hopelessness among individuals, families, and the community at large. As a result, complex issues such as extreme poverty, alcohol and drug abuse, and abandonment continue to leave children in Ukraine without a forever family. 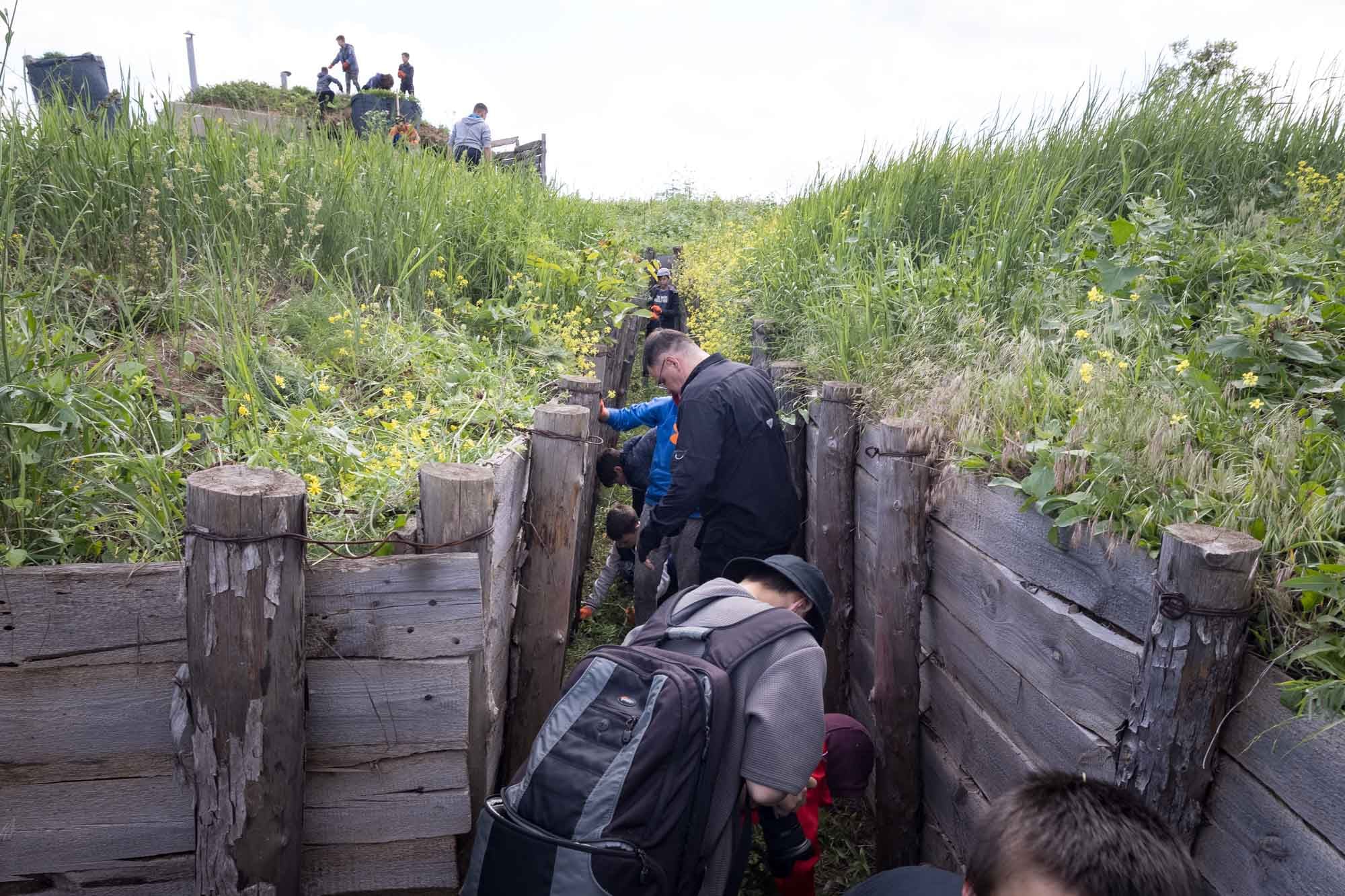 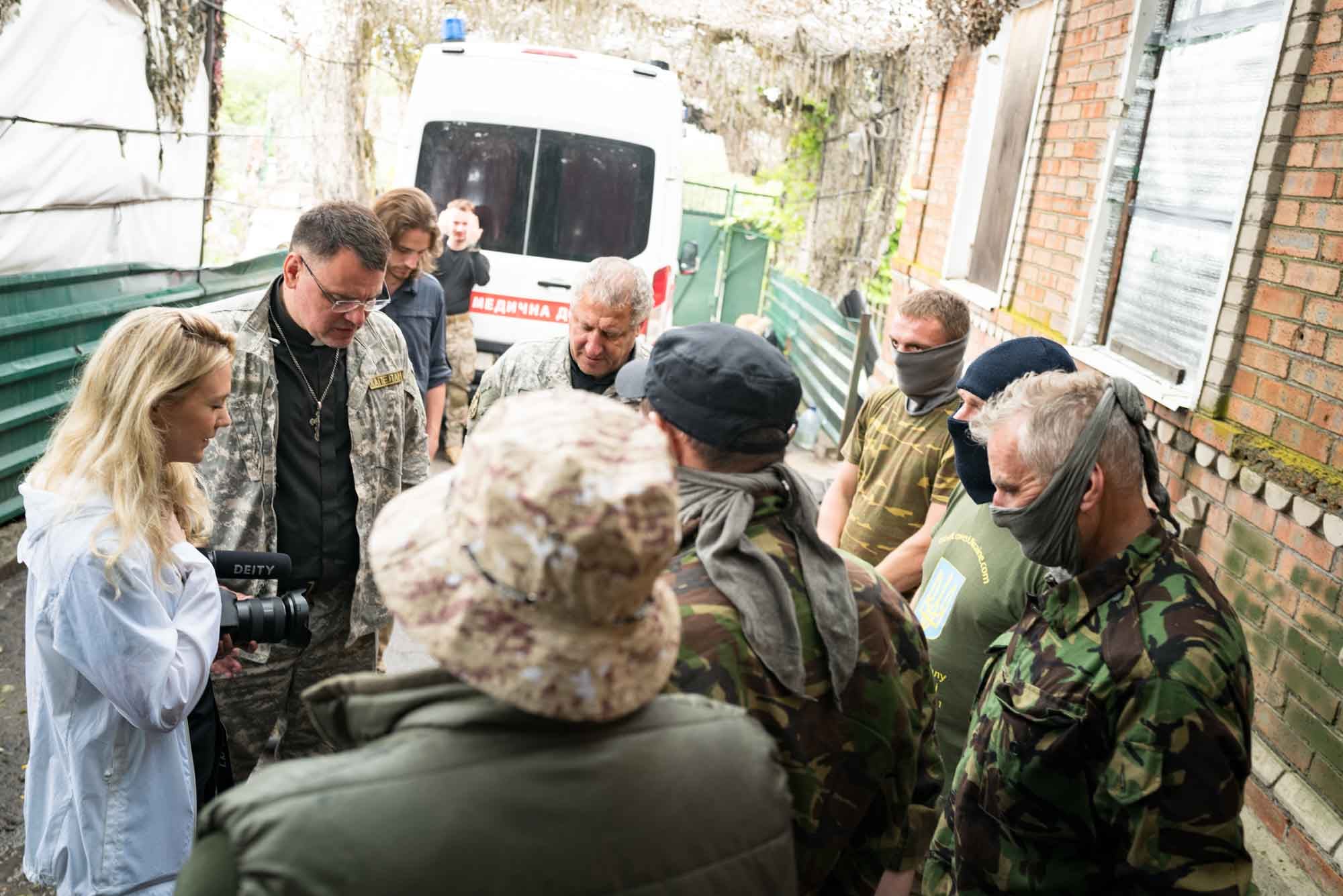 Our child sponsorship field coordinator, Coleman Bailey, just returned from visiting our partner homes in Ukraine. His goal was to conduct routine administrative site visits and assess how we can better help them tackle the orphan crisis in their communities. As he walked with Pastor Gennadiy past trenches and all the rubble, he could hear the sound of exploding mortars close by.

Coleman asked Pastor Gennadiy a simple question. “What should the church’s response be to all of this and what are you [Pilgrim Republic] doing in response to all of this?”

“When this war came, the church went towards the problem.” Pastor Gennadiy responded with such conviction. “If something happens in the world, if people have problems and challenges, the church must go toward the problem and help them.”

These are not empty words. Today Pilgrim Republic, under the leadership of Pastor Gennadiy, is doing just that. They are actively operating and helping to solve the most complex issues contributing to the orphan crisis in Ukraine.

Coleman’s interview with Pastor Gennadiy was cut short when Albert, another military chaplain, signaled that they had to leave due to the danger associated with standing in one place for too long. [See full interview here]

As they headed to a safer location, Coleman learned more about the impressive work Pilgrim Republic is doing to combat the growing orphan crisis in their community. In an effort to prevent further child abandonment, the staff at Pilgrim are working in their community to empower impoverished families living in the war zone with the resources to care for their own children. Additionally, they are running a full-time residential home for the children who have no family and no other options. 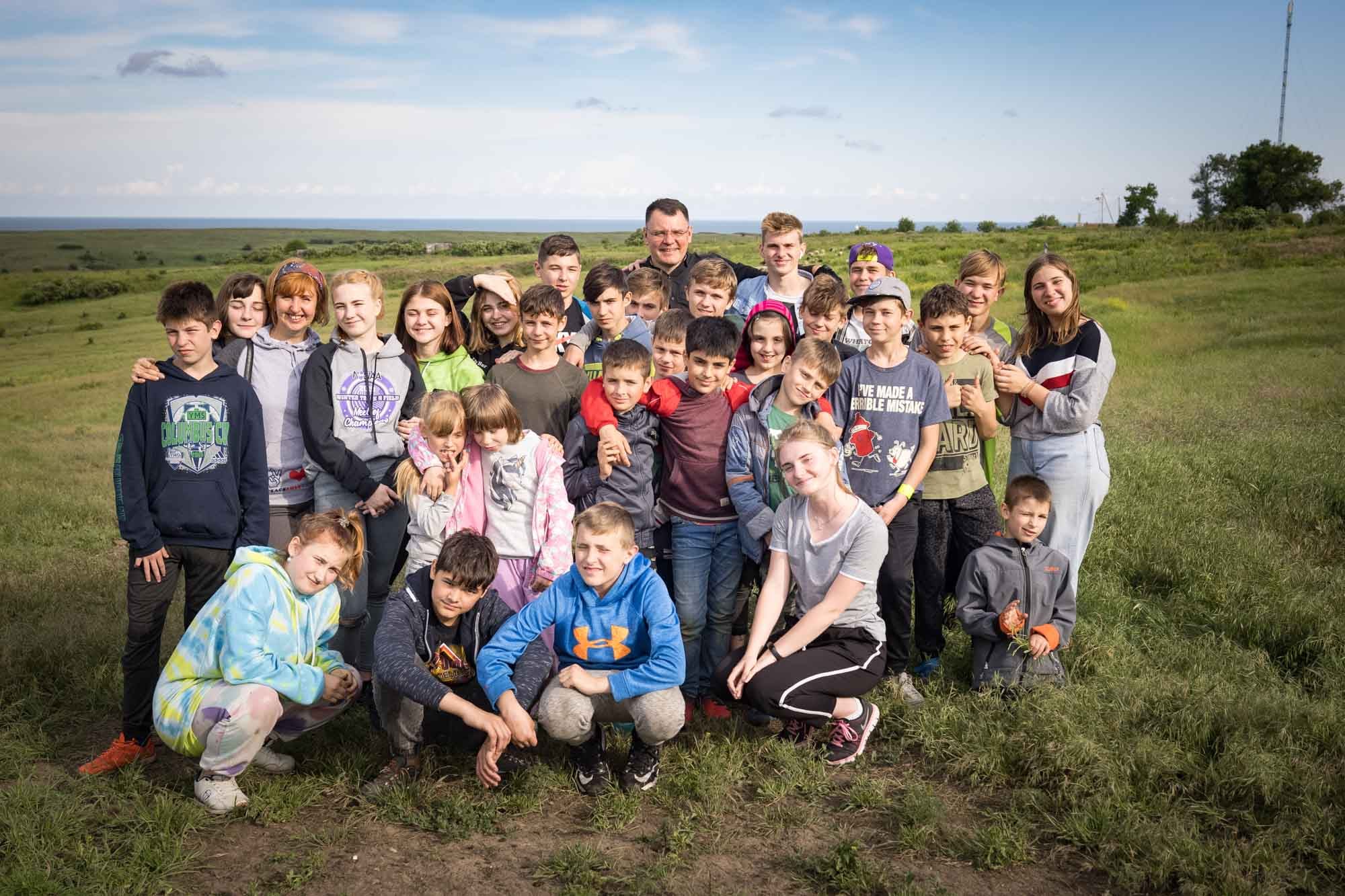 Each year, our Ukrainian partner homes make it a priority to create positive experiences for the children in their care through summer camp. These fun filled camps allow children to connect with each other, discover new talents, and dive deeper in their relationship with Christ. In addition to those under their full-time care, Pilgrim opened their summer program this year to over 50 children living in the war zone. The goal was to prevent potential abandonment by alleviating families to find work and in turn, better care for their children.

Over two decades ago, Gennadiy, along with his wife and other members of their congregation, began delivering food to children on the streets. They were shocked to find that many of the children, even the youngest of them, were addicted to drugs and alcohol. Many were also infected with HIV and unable to receive proper treatment. As time passed, Gennadiy and his church grew more and more impassioned about the children’s plight. They knew they needed to do more for these children than to simply visit them in their misery. Gennadiy began offering children shelter in an old, abandoned building. The church was later able to purchase and remodel the building into what is now Pilgrim Republic Children’s Home. This became a place of refuge, recovery, and rehabilitation. Today, they serve over 100 vulnerable children in Mariupol, Ukraine. They work to rehabilitate them from drugs and give them opportunities to pursue their education, overcome trauma, and rewrite their stories. Their work is ongoing.

Recently, the staff at Pilgrim held an unforgettable graduation ball and banquet for graduates who at one point, had no opportunity of ever stepping foot in a classroom. Each child was given a graduation gift as recognition for overcoming all the odds that were stacked against them. Now, the same children they rescued from the streets are beginning to dream about college and ways they can provide for their families in the future. The staff who began the work in their lives years ago would call each child graduating a walking, breathing miracle. 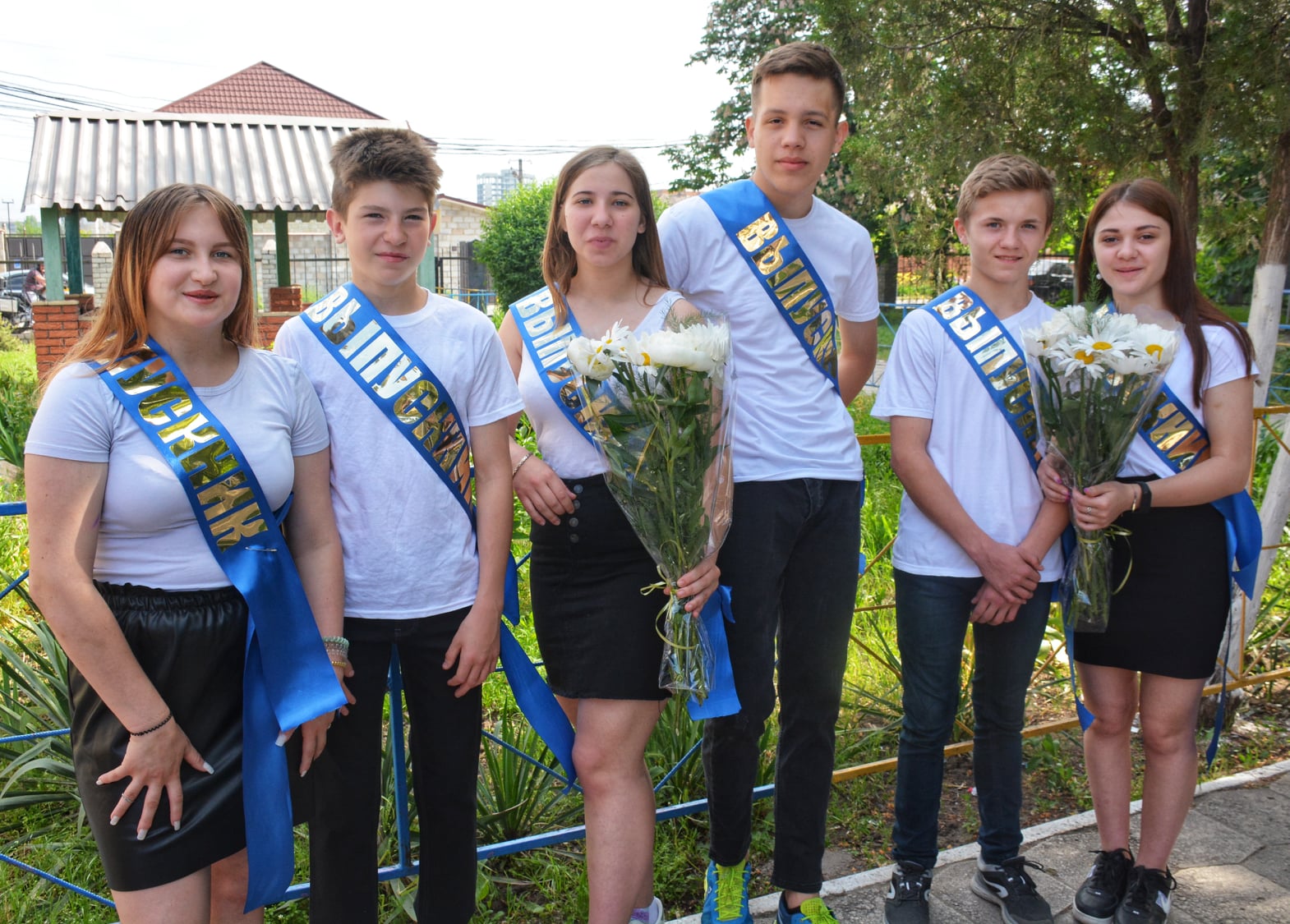 SOW came alongside Pilgrim Republic at the beginning stages of their work. There was one point when they were on the verge of collapse due to the high volume of orphaned and abandoned children and lack of sustainable resources. To put it simply, the work that Pilgrim is able to accomplish today is truly incredible. They are a miracle at work in Ukraine.

SPONSOR A CHILD AT PILGRIM REPUBLIC