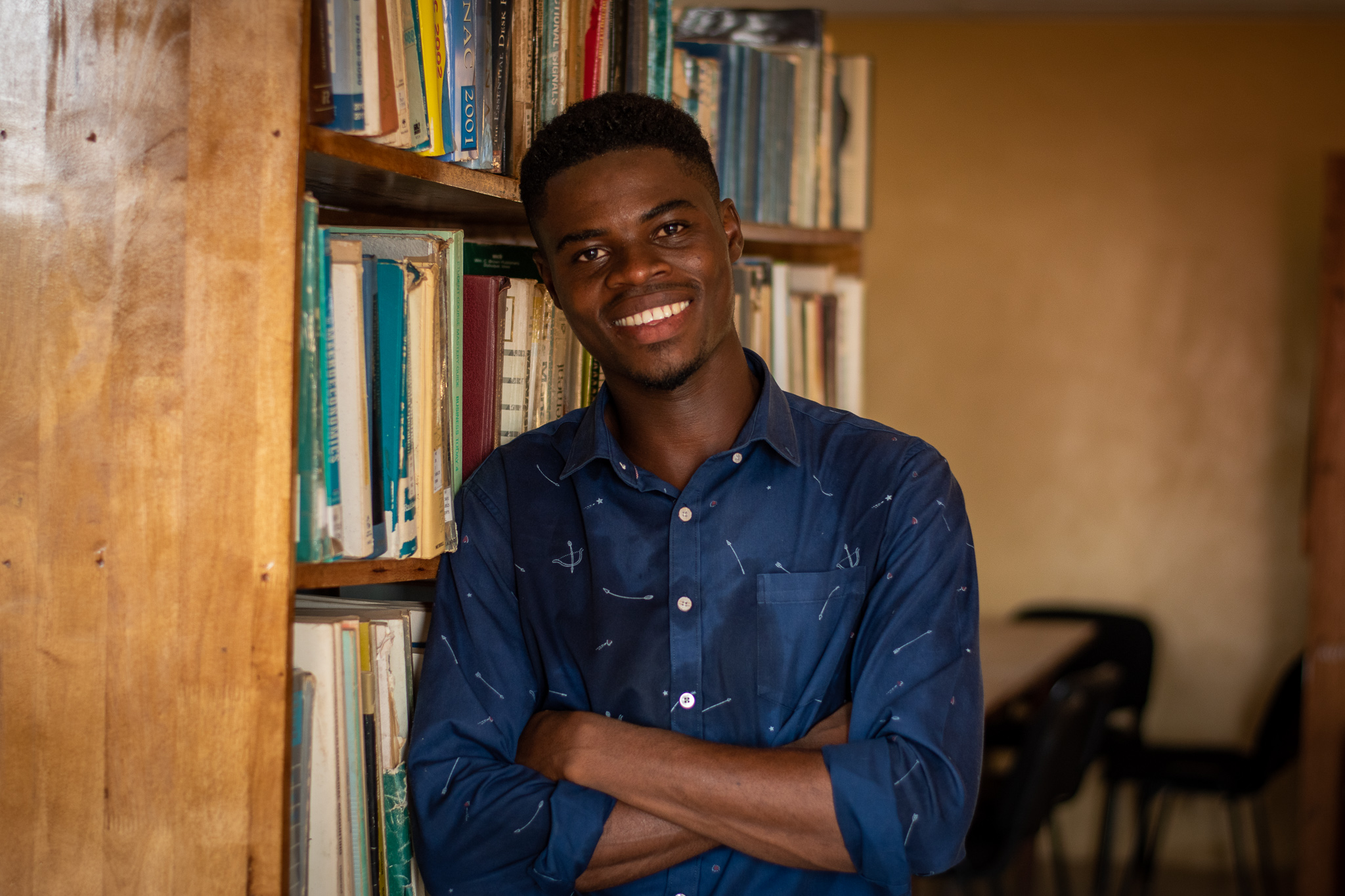 Posted at 20:08h in Uncategorized by sowadmin

“After my parents died, I remember feeling so hopeless. A missionary visiting the orphanage said something to me that really touched my heart. He said, ‘Alphonsus, you might not have earthly parents, but you have a father in heaven who loves you very much. You have to trust that He is your father and mother now.”

Alphonsus smiles at the camera as he shares his inspiring story with us.

“That phrase will always be in my heart and mind,” Alphonsus continues. “I have carried it with me, and I believe it has changed the direction of my life.”

Alphonsus grew up at Phebe Grey Memorial Orphanage in Liberia, a partner home of Serving Orphans Worldwide. Against all odds, he recently graduated with a Bachelor’s Degree in Public Administration and Criminal Justice from the Adventist University of Western Africa. He credits the home and staff for providing him with the support to accomplish what he thought was impossible.

Located in the city of Monrovia, Phebe Grey exists to serve the most vulnerable children in Liberia. This place of refuge offers shelter, access to healthcare, and countless opportunities to learn about Jesus. Furthermore, the home places a significant emphasis on education, with the intention that the children would use it as a tool to reverse the cycle of poverty and oppression. With a school on-site, every school-aged child is given the opportunity to learn.

When Alphonsus was 11 years old, he was referred to Phebe Grey after his parents tragically passed away. His father was a victim of the war. Soon after his death, his mother passed away from an unforeseen illness.

“I had no one,” Alphonsus recalls. “I was struggling, and could barely read. I was in the 6th grade when I came to Phebe Grey, and I remember having to do summer school because I could not understand anything that was being taught to me. I’m from the eastern part of Liberia and my English was just terrible. Other kids laughed and made fun of me,” he continues. “I was so broken, and remembered what that minister told me. I began to dream about all the people who grew up here and graduated. I prayed for God to help me understand my lessons and excel in school.”

That was the turning point in Alphonsus’ life. After years of struggle, he made a decision to take every opportunity given to him. Staff immediately noticed the change and stepped in to help. 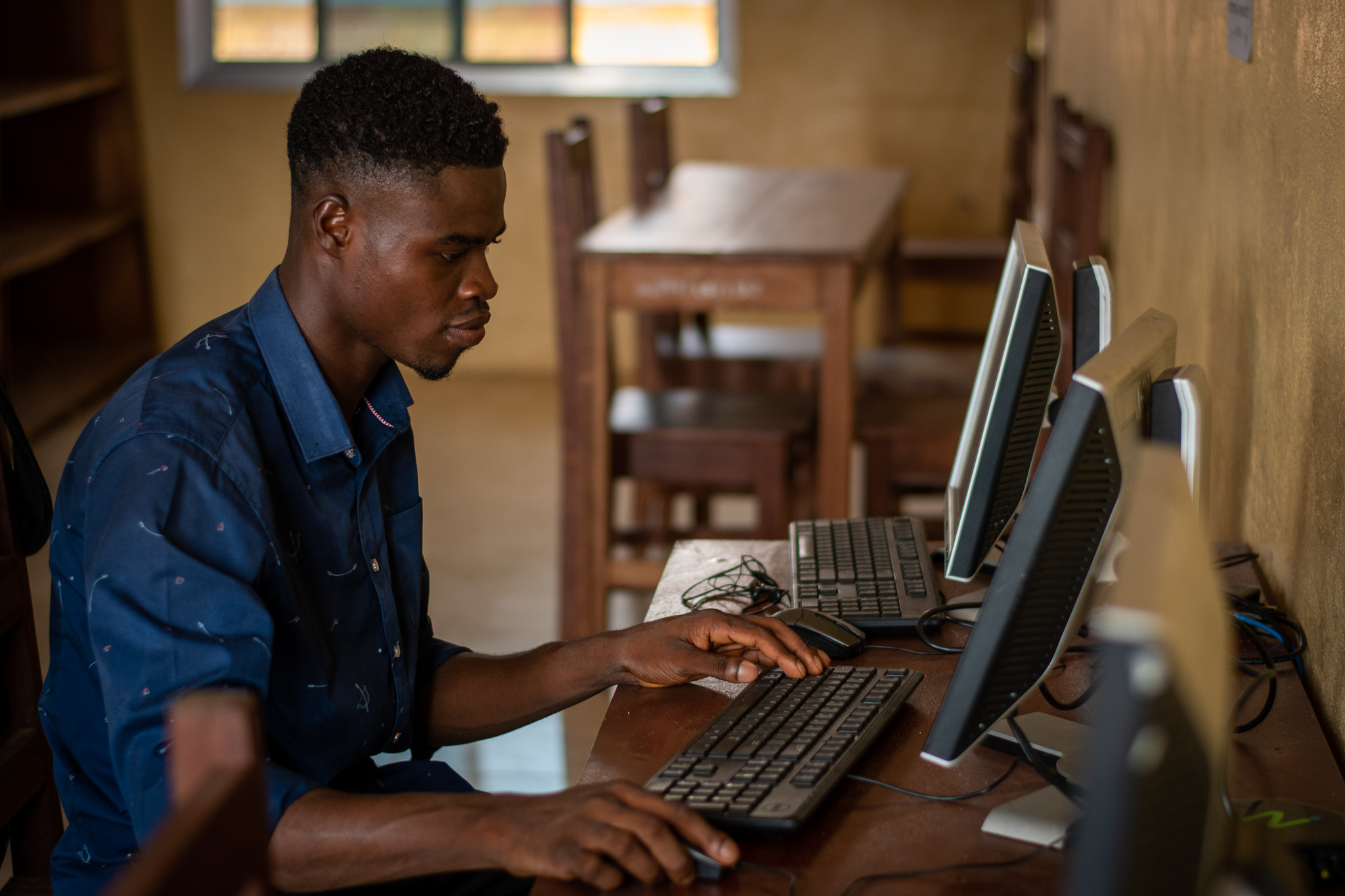 “I studied extra hard and read many books. With God’s help, I became class secretary in the 10th grade. I gave speeches in front of my class, and shocked the other students,” he recalls. “They didn’t laugh at me. For the first time in my life, I believed in myself. In the 12th grade, I ran for school president and to my surprise, I was voted in.”

Alphonsus is now taking another step in his education. Thanks to the Harris Scholarship Memorial Fund, he received a scholarship to pursue his master’s degree in Social Work. When he graduates, he will have endless opportunities.

Alphonsus wraps up the interview with his final thoughts.

“There are so many young people who are in orphanages who think because they are an orphan, that there’s no hope. I want to tell them, yes, there is hope. And hope is enough.”

On July 3rd, 2021, Serving Orphans Worldwide established the Harris Memorial Scholarship Fund to honor the ministry & legacy of B. Gary Harris and his son, Kevin V. Harris. Throughout many decades of Kingdom work, they both had a special gift and calling for raising up young leaders to do the work of the ministry. 100% of funds raised will provide scholarships for the continuing education of children aging out of Children’s Homes.

Learn more about how you can support young people aging out through the Harris Scholarship Memorial Fund here.