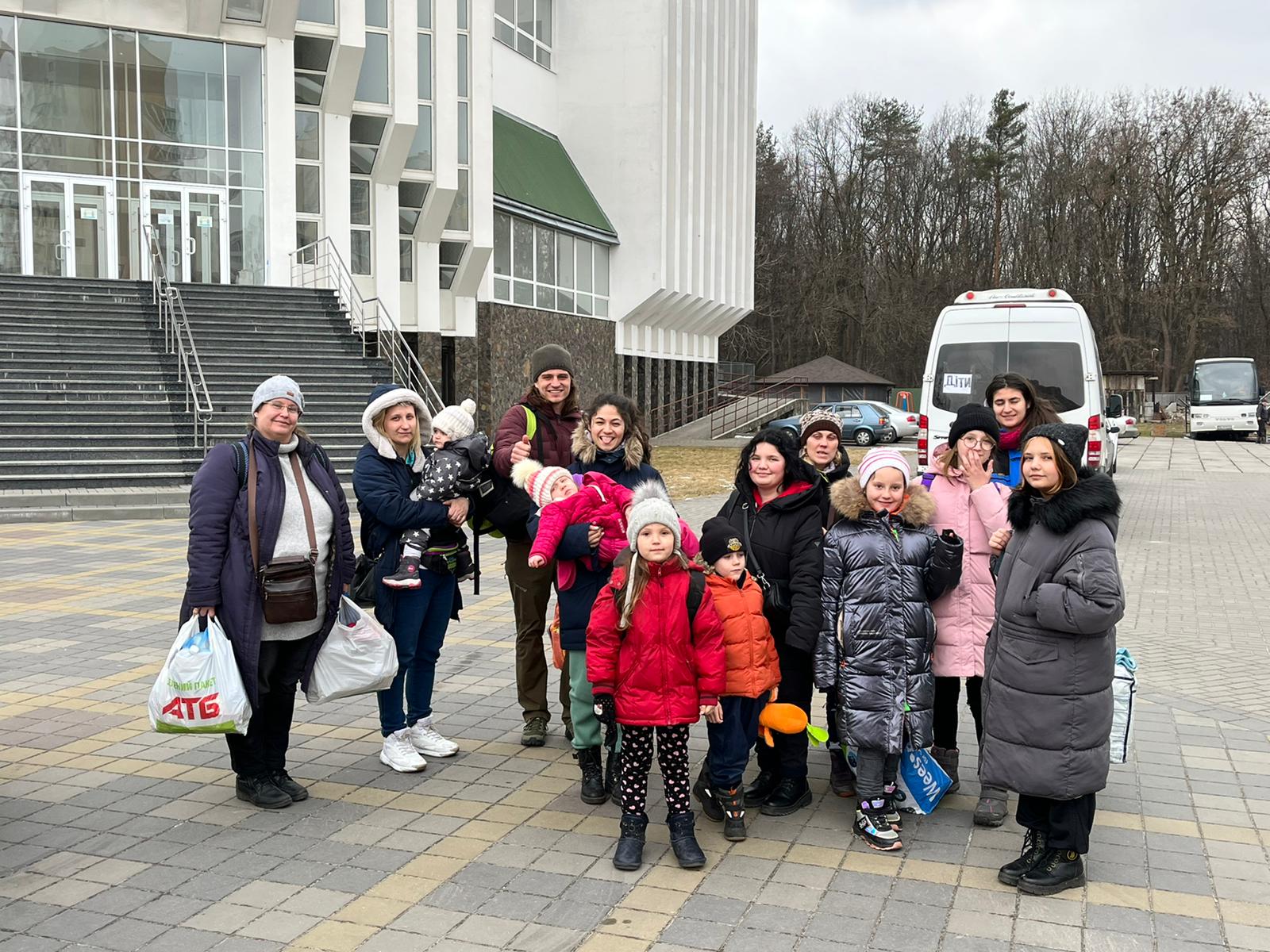 24 Mar Update on Humanitarian Efforts in Ukraine: The Impact of Your Support

Posted at 03:21h in Uncategorized by sowadmin

On February 24th, 2022, Russia invaded Ukraine, a sovereign nation once connected to Russia by the Soviet Union. With the sheer force and sizable military strength of the Russian army, the whole world watched in shock as a true modern-day David and Goliath scenario unfolded before our eyes.

CURRENT STATUS OF OUR PARTNER CHILDREN’S HOMES (As of March 23rd, 2022)

Pearl Orphanage, our partner home that was recently evacuated from Oleksandrya made it safely to Lithuania. This is a temporary location for them. In the coming weeks, they will be making their way to Germany, where we have resources to help provide for their ongoing needs. Just a few weeks ago, they were sheltering in a bunker on their property as Russian troops entered their city from all directions. Their evacuation was nothing short of a miracle.

Father’s House was the first to evacuate from their property in Kyiv. All the children and staff are currently in northwest Germany. They are settling into a temporary routine,  and we are grateful that all are safe.

The Staff and children of Pilgrim Republic, originally based in Mariupol are also safe. They are making their trek to Germany in the coming days, and accommodations have already been made to welcome them.

Sails of Hope evacuated from their property in Slavyansk, a city in Eastern Ukraine. Their journey has been long and difficult. However, they are currently safe in a border town of Poland.

Native Home is located in Western Ukraine and we are projecting that we will be able to get them to Germany or Spain in the next two weeks. Even in the midst of war, paperwork for each child crossing the border is necessary for processing and takes time. However, staff at Native Home are actively working to compile the necessary paperwork for the safe evacuation of all the children under their care. 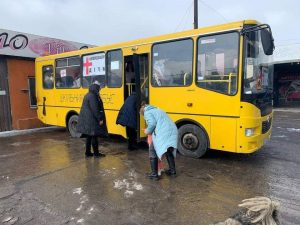 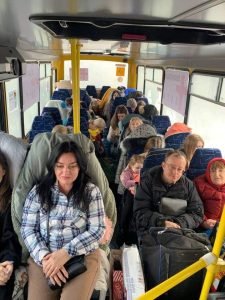 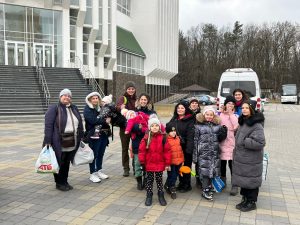 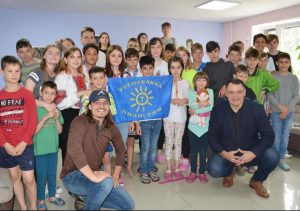 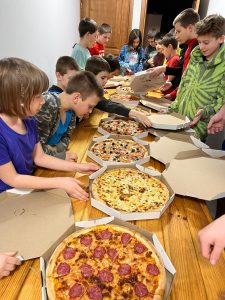 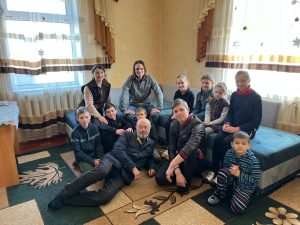 A week into the invasion, it was evident that banking and access to other basic commodities would become more difficult. In an effort to be proactive, our executive leadership made the decision to send our field coordinator, Coleman Bailey to Poland and Ukraine to assess needs, and ensure every dollar donated would be immediately mobilized to get the children to a safe location. Since this decision was made, SOW has been able to not only evacuate the children, but also partner with a coalition of churches in Germany, Poland, and Romania, as well as connect with the European Theological Seminary. Through these partnerships, we have been able to facilitate the rescue of hundreds of Ukrainian civilians and mobilize over 20 tons of food and supplies to those who need it most.

THE IMPACT OF YOUR SUPPORT:

Due to issues with banking systems in Ukraine, we had to facilitate physical cash drop-offs and make use of every resource at our disposal to move money and supplies to our partners. SOW has successfully mobilized this support through our Ukrainian Crisis Fund to meet the needs of our Ukrainian brothers and sisters. Because of your faithful giving, SOW has been able to make a tremendous impact in the midst of this crisis. Over $75,000 has been spent so far to meet the following needs:

SOW was directly involved in the coordination and payment of a convoy of vehicles to evacuate our children’s homes. Through this effort, we have successfully evacuated 310 children across the border to safety.

We provided funds to the Lviv Theological Seminary to house two of our partner orphanages during their journey to the western border.

We are coordinating housing for all children and staff. The building we secured in Germany along with the Seminary has the capacity to house many children and staff in the days and weeks ahead. This is a temporary solution while we work with each home on a permanent plan. 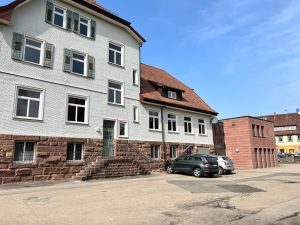 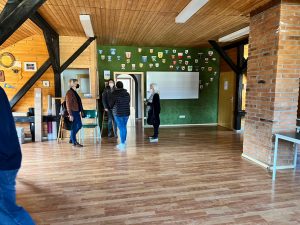 We provided humanitarian aid to two other children’s homes we have connected with.

We purchased 32 generators to send to the east to keep families who are staying in bomb shelters warm. We are also facilitating the transport of these generators through active combat zones to the Eastern parts of Ukraine.

We facilitated the distribution of over 20 tons of food to our children, partners, and those who need it most. We worked with our partners to purchase food in Romania and Poland, and physically transported these supplies across the border. These metrics are expected to increase in the coming weeks.

We purchased a box van to move supplies across the country. Currently, we are using six vans to distribute supplies to heavily affected areas. Each trip takes approximately 18 hours one way. With this purchase, we can move the same amount of supplies in one trip, saving on fuel and human resources.

With the children and staff safely evacuated, we made use of the empty orphanage buildings and transformed them into a place of rest for families fleeing to the west. Our hope is that we can support families and help them stay together in this time of chaos.

We partnered with Good Samaritan Ministries to rescue three children’s homes. Our funds combined with their logistical support have provided nine tons of food to heavily hit war-torn areas.

We purchased and delivered pizza for the children as a special treat on their journey. 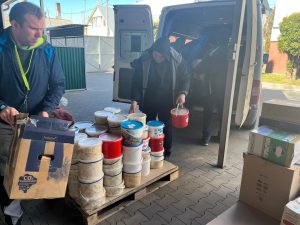 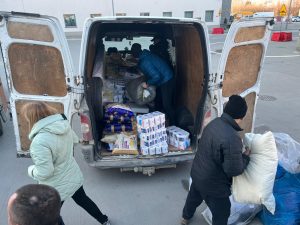 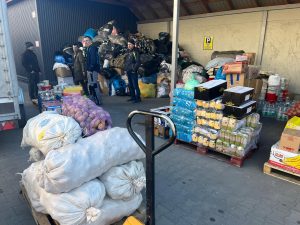 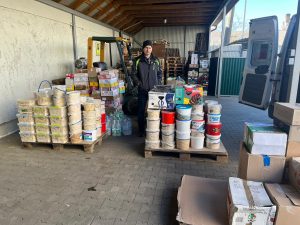 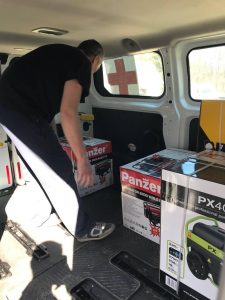 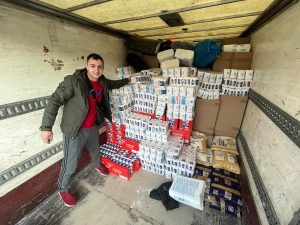 We are actively working with our directors in the field to develop a long-term solution that is both realistic and sustainable. However, the situation is still fluid and much of our focus has been on meeting crisis needs. We are thankful for your prayers and faithful support. SOW is committed to supporting the children we serve and will continue to do so, regardless of what their resettlement looks like. We are also committed to being good stewards of the gifts we have received. Our promise is still the same. 100 percent of your gift to the Ukrainian Crisis Fund and through child sponsorship will go directly to meeting the needs of our Ukrainian partner homes and their journey beyond borders. Thank you for your faithfulness!

Pilgrim Republic Safe-house for Children is our longest partner project and is located in Mariupol, Ukraine. This city is a crucial port on the Sea of Azov, and is positioned between Russia and Crimea. Under the leadership of Pastor Gennadiy, this project has been involved in the rescue of over 2000 Ukrainian street children.

The safety of those living at Pilgrim Republic quickly became a concern. Many rightfully feared that Russia would target Mariupol as a strategic move to establish a land corridor to Crimea, a peninsula that once belonged to Ukraine, and is now annexed by Russia. 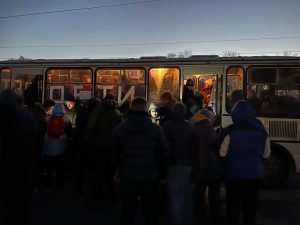 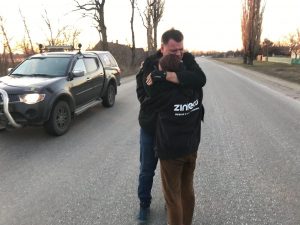 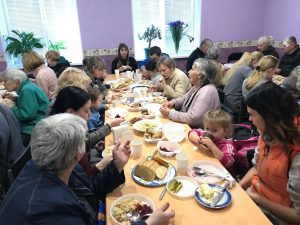 On March 20th, Moscow issued an ultimatum demanding that Ukrainian military forces leave the city of Mariupol otherwise face further attacks and a “military tribunal.” Ukraine refused to surrender the city. As a result, Mariupol has become the epicenter of what some are calling the biggest humanitarian catastrophe in recent years.

Pastor Gennadiy’s personal home and the Pilgrim Republic Orphanage building have been destroyed. His church which served as a bomb shelter for local families has been also been shelled. Pastor Gennadiy has suffered so much personal loss, including the precious life of his daughter, Vika in the attacks. 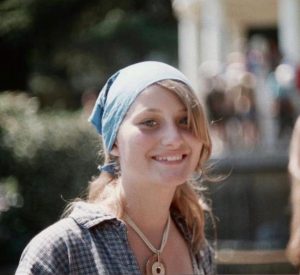 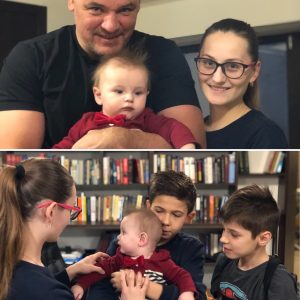 Pastor Gennadiy with Vika and his grandson.

Please continue to keep Pastor Gennadiy, the people of Mariupol, and our other Ukrainian brothers and sisters in your prayers. From the bottom of our hearts, we would like to thank everyone who has supported our efforts in Ukraine through prayer and financial gifts.

If you would like to support our Ukrainian efforts, please make a donation by visiting: https://soworldwide.org/ukraine-crisis