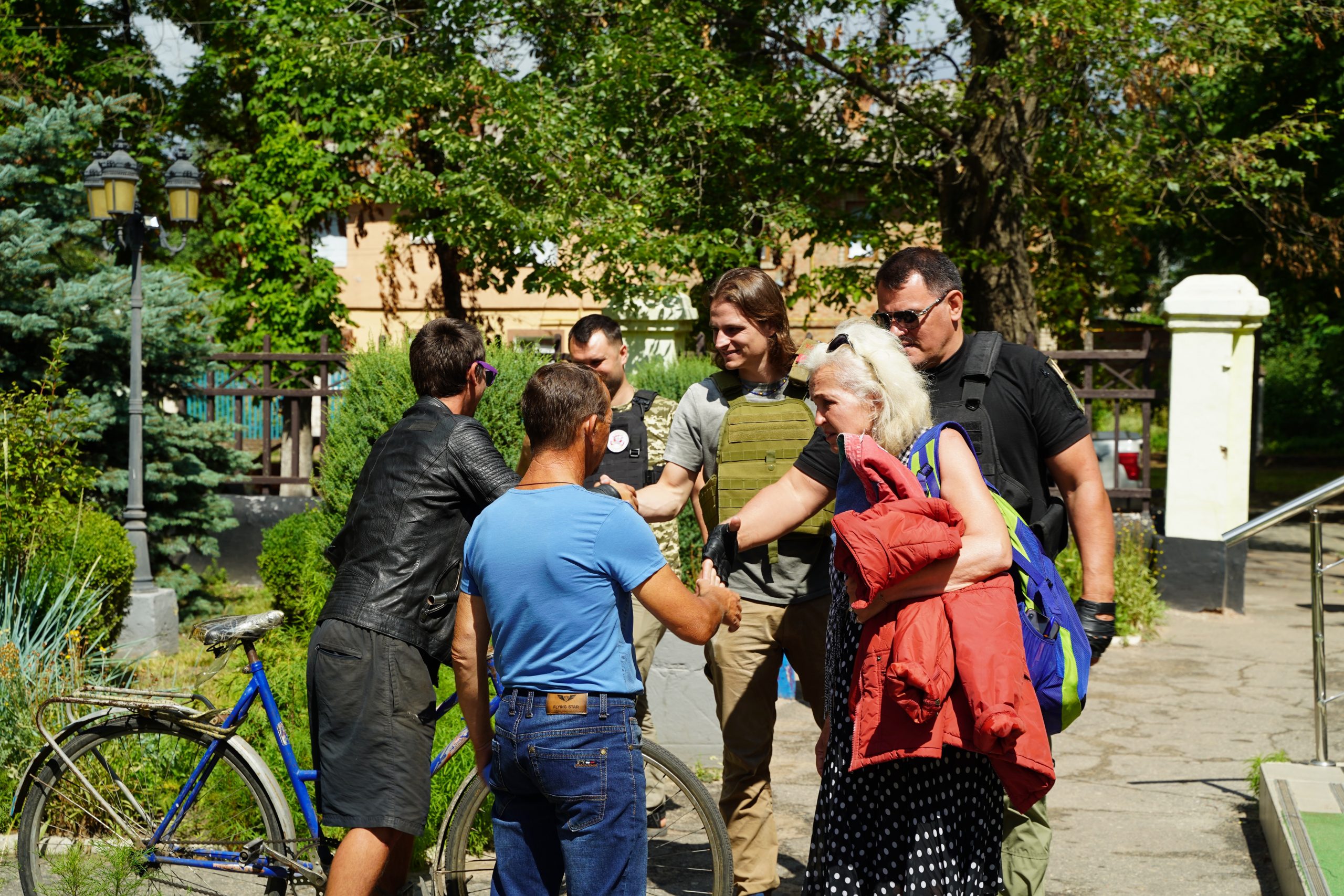 Posted at 18:36h in Uncategorized by sowadmin

Our partners in far Eastern Ukraine have experienced the reality of war for the past 8 years. However, an intense and historic invasion has been underway for the past 150 days that has severely impacted the entire nation of Ukraine and all regions where our partner homes reside. This has resulted in emergency evacuations for all children and staff (342 total individuals) out of Ukraine and into shelters across Europe.

Serving Orphans Worldwide has been involved in providing ongoing operational support for our partner children’s homes as well as funding humanitarian needs, vehicles, legal fees, transportation, shelter, and meeting so many other crisis needs.

Thanks to your fervent prayers and generous giving, we are committed to meeting these increased needs in the days, weeks, months, and years ahead. Below is a detailed account on how our funds have been mobilized, how much has been raised for our Ukraine Crisis Fund so far, and what our long-term projected goal is based on the needs we are aware of.

Here’s an update on how each of our partner homes is doing currently:

Pastor Gennadiy remains in Eastern Ukraine where he and a team from his staff in Mariupol serve victims of the war daily. SOW has helped purchased a large box truck and several vehicles loaded with supplies to meet needs in the Donbas region. Coleman Bailey from our SOW staff just joined Gennadiy two weeks ago, and witnessed up close the impact his ministry is having. They are delivering generators, water, food, gas, and evacuating the elderly and other vulnerable neighbors who have been hunkered down in basements or shelters for months now without power or running water. The situation remains critical and their team needs continued prayers and support.

Their Pilgrim Republic Children’s Home is settling in very well into their new home in Germany. They have been able to bring in significant support and the children have been able to go out and do a number of fun outdoor activities and educational trips recently. SOW is working with their leadership to look for ways to eventually bring them back to a safer location in Western Ukraine. At this time, it is impossible for them to return to their occupied city of Mariupol which was 90% destroyed by the siege and is currently behind enemy lines. 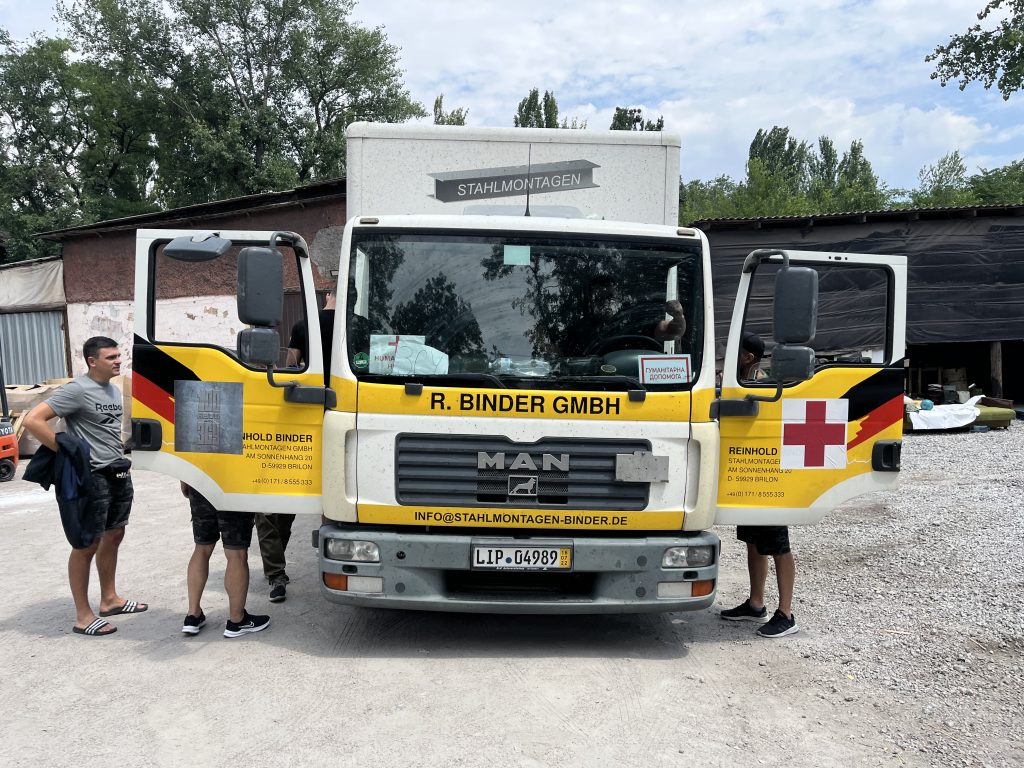 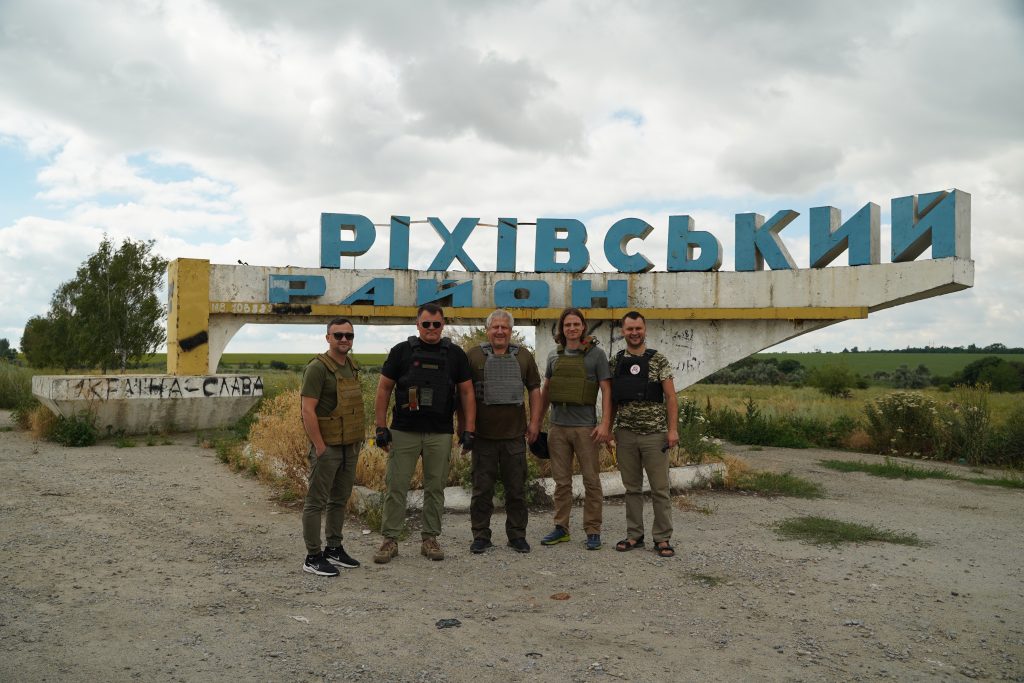 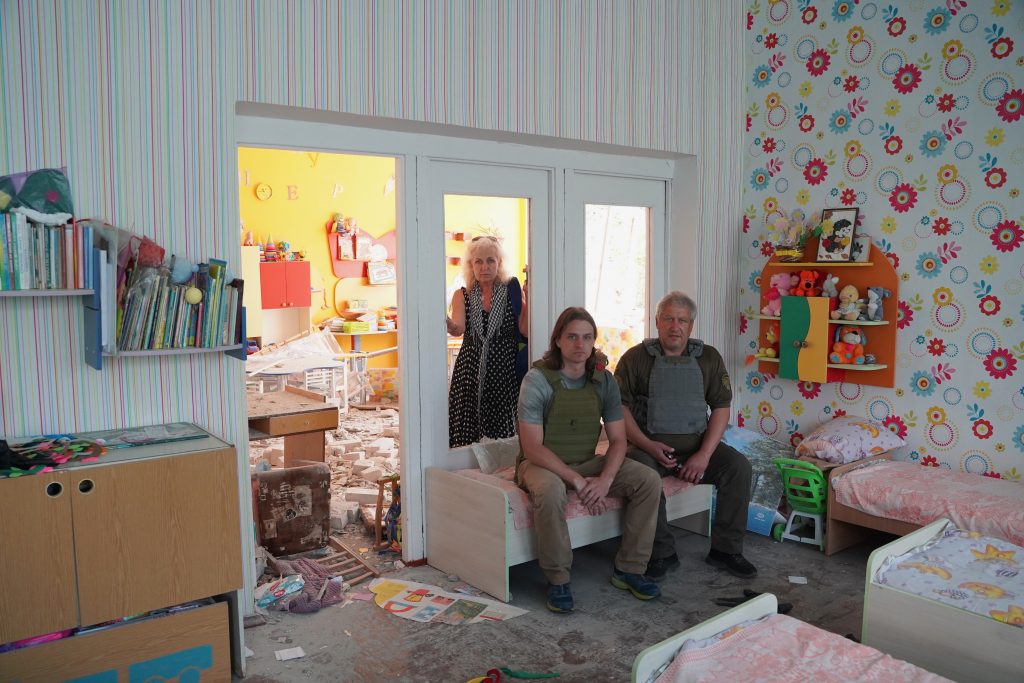 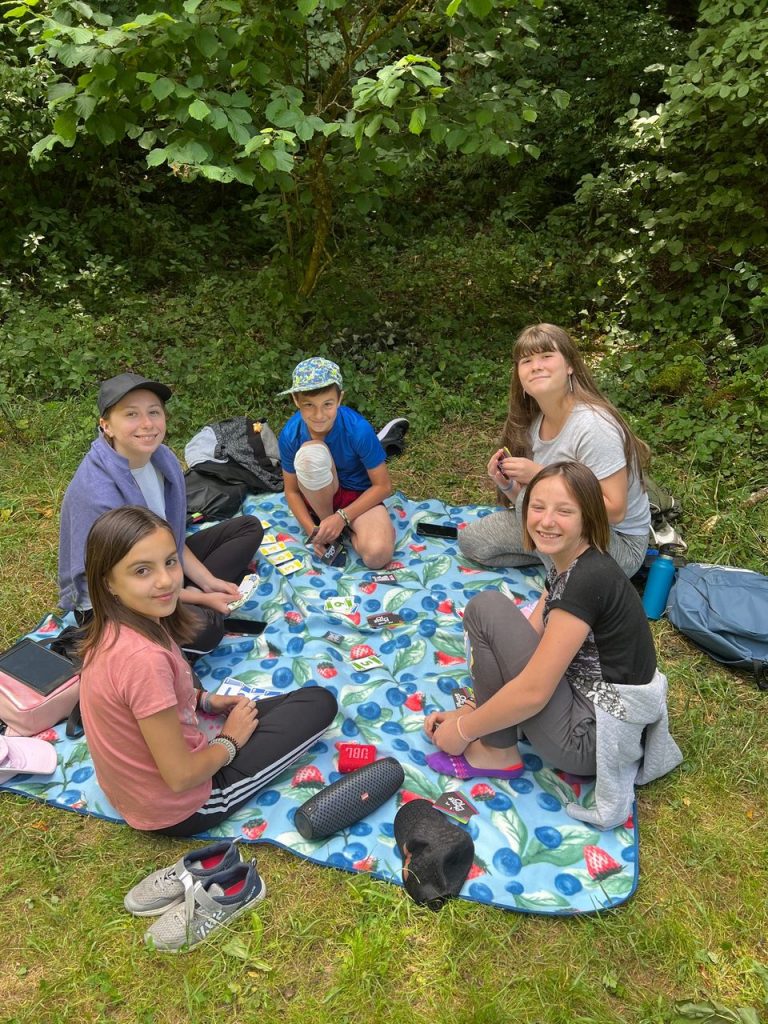 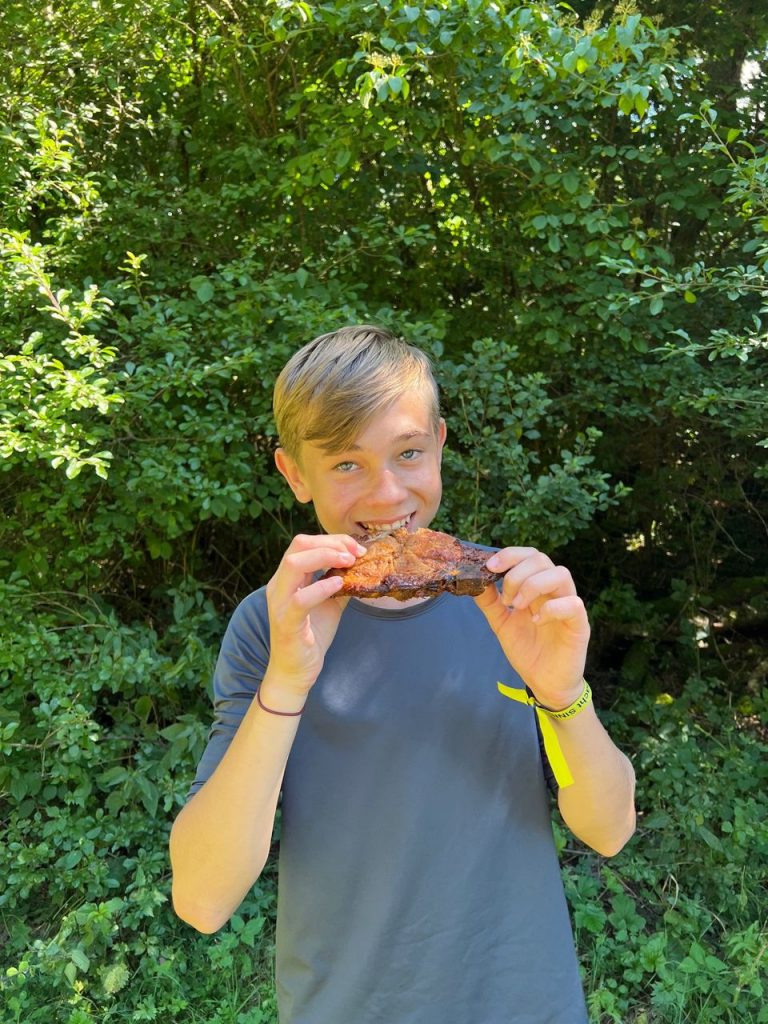 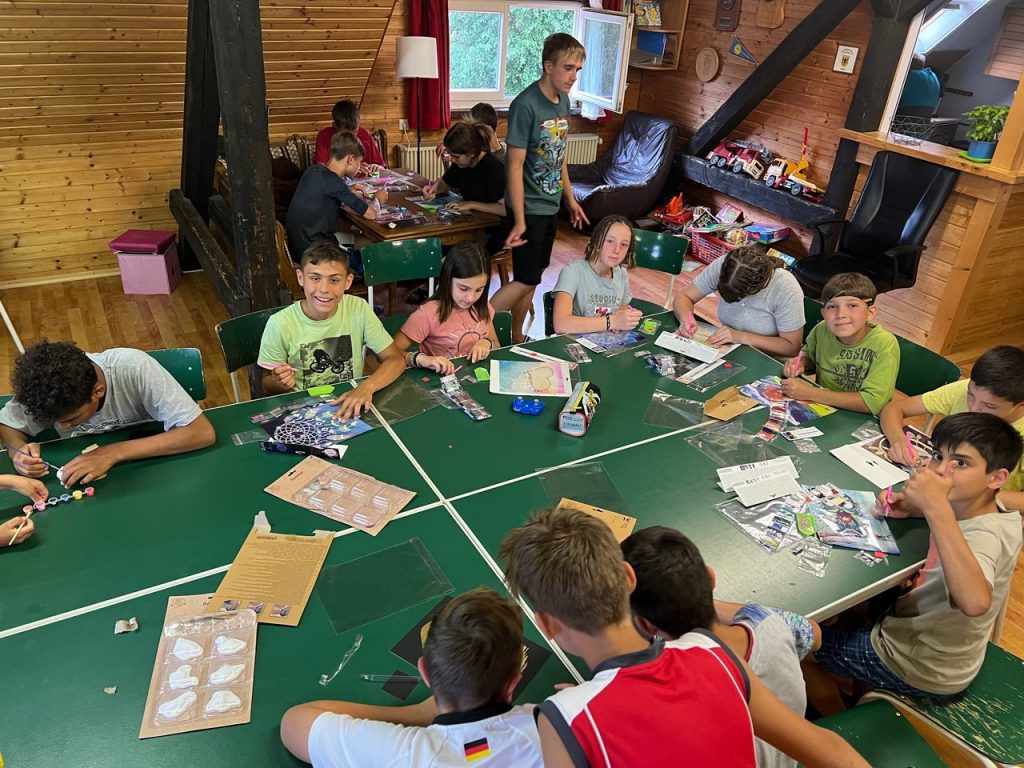 Pearl Orphanage is our largest partner home from Ukraine. When they left Ukraine, they made the decision to temporarily stay in Lithuania. However, there weren’t enough resources to support them there. It has been a less than ideal situation with the Lithuanian Government demanding that Christian staff be removed and that their own social workers take over. As we are seeing play out across Europe, claiming refugee status is coming with many strings attached including religious persecution. We have been communicating with the director almost daily, and they are making plans to return to Ukraine. It has been a major legal battle in Lithuania that has taken many resources to fight. Their home location in Ukraine has not been damaged in the fighting and they are in a rural small village west of the river that divides the country (most of the intense fighting is east of the river). While the children and most of the staff evacuated, their leadership made the decision to use their facility as a refugee center which has served hundreds per week as they travel west from the war zone. They will continue operating to serve refugees in a smaller capacity when the children return. Due to the war, SOW is also able to purchase a VERY cheap property across the street to expand the home’s refugee program and install a transition home for older children aging out of the home. Here’s a video update from Coleman below:

Sails of Hope is now providing support to 76 children residing inside and outside of Ukraine. Their hometown of Slovyansk has been recently targeted in the most intensive fighting, and the director Eva reported that their facility has been completely destroyed. Please keep Eva, her staff, and all the children they serve in your prayers. SOW is committed to standing with them in the months ahead to rebuild and support their ministry in Ukraine. They are determined to stand with their neighbors and vulnerable children in the days ahead. Pictured below are photos of the campus taken about a week ago after the attack. 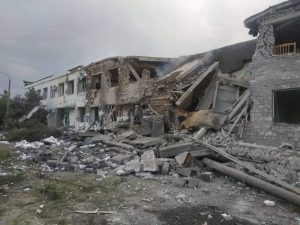 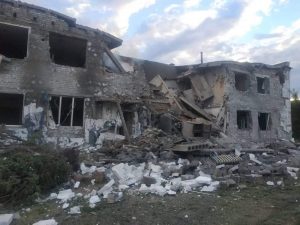 Father’s House located in Kiev was our first partner home to evacuate. They made it to Germany safely and continue to receive great quality care and support. There are still many staff and church members staying at their campus in Kiev, and SOW was able to help fund a bomb shelter and make some other improvements to the property to make it safer for current residents as well as provide a safer home when the children can return. Pictured below is Coleman Bailey from our US staff inspecting the facility and progress of construction. 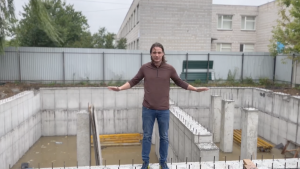 Native Home was evacuated to Spain and is currently doing well there with support from multiple agencies including SOW. Their leadership is monitoring the situation with the war closely and are discussing the possibility of moving back to their facility in Western Ukraine. It appears that their hometown is not a major military target right now, but there are still many unknowns. The situation is very stable right now, and they have all of their needs met at the moment. 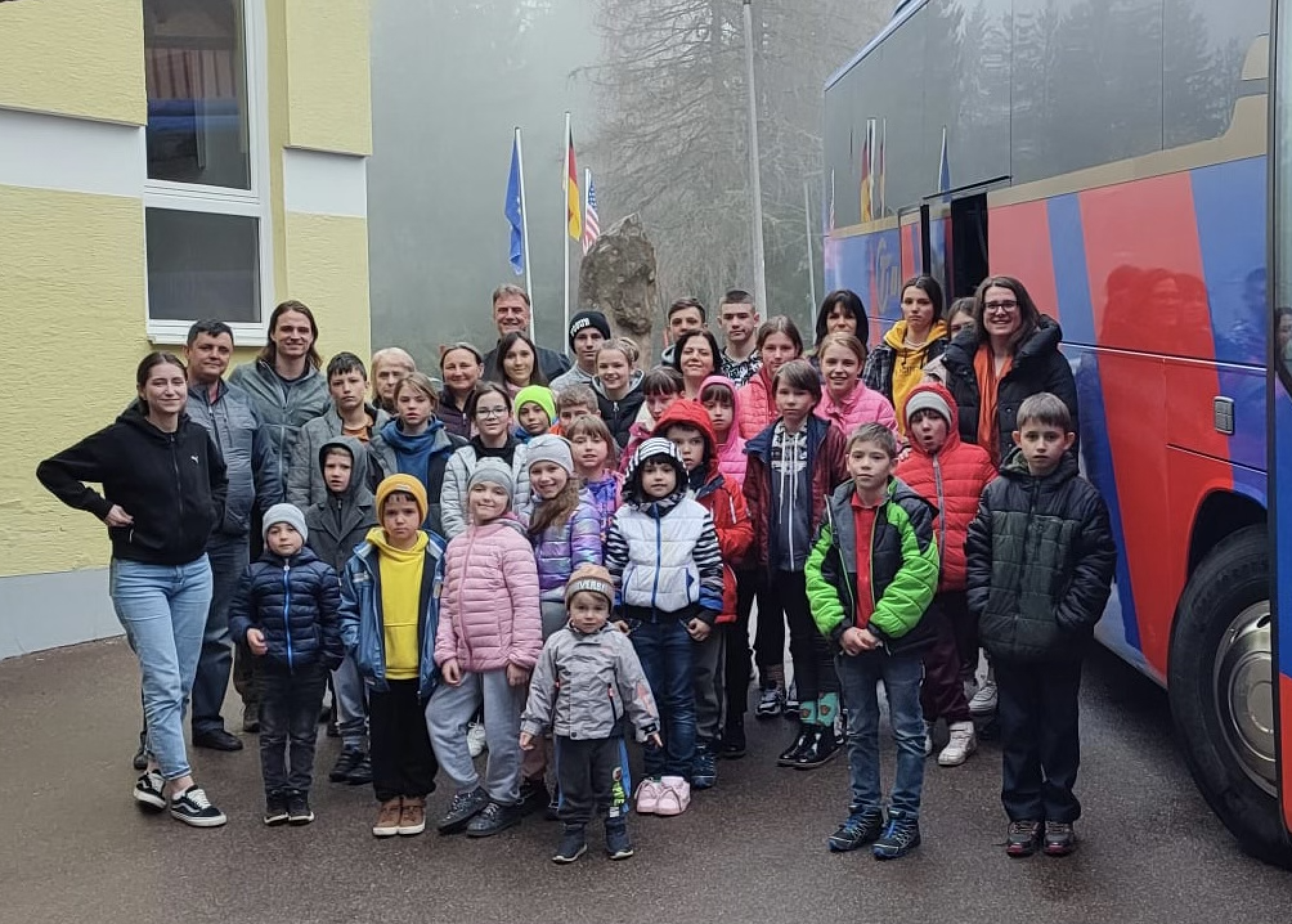 Thank you in advance for all who are supporting our work in Ukraine. The needs are increasing weekly, and we are working hard to ensure every dollar you give goes directly to the field.