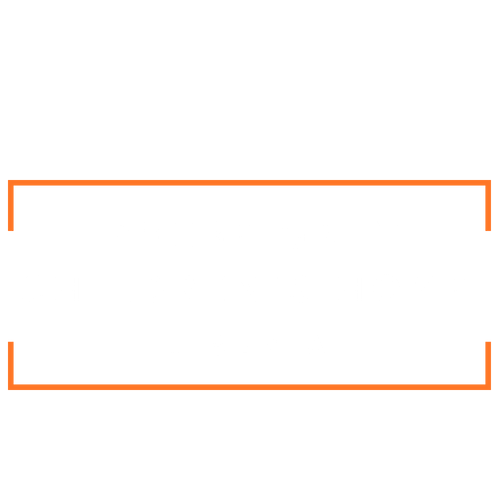 Life is extremely difficult for children who have been orphaned in Liberia. Part of Sub Saharan Africa, Liberia shares the issues that all of the other countries in that region face. In addition to extreme poverty and high incidences of malaria and AIDS, there is the ever-looming history of conflict in this part of Africa. Since 1989, Liberia has been ravaged by two violent civil wars, leaving as many as one million people displaced in refugee camps. In the first civil war alone (1989 to 1996), as many as 20 percent of the combatants were believed to be children under the age of 18. It is heart wrenching to think of the many atrocities these children have had to witness and endure. Not only were many left as orphans, but many were also forced to fight alongside soldiers and participate in violent acts. Since the war ended ten years ago, Liberia has struggled to rebuild their nation. Liberia has suffered from the spread of HIV/ AIDS and the Ebola virus. The The Ebola virus has killed more than 4800 people in Libera, and left many children orphaned. These children, at no fault of their own, face discrimination and are often marginalized because of the culture’s stigma that blames AIDS and Ebola orphans of committing witchcraft or sorcery. Many live in extreme poverty, and as a result, many children are abandoned or are forced to work. Orphaned and abandoned children are extremely vulnerable to dangers such as trafficking, child labor, and abuse. These children rely on homes such as Phebe Grey for immediate relief from the harsh realities they would otherwise face.

Phebe Grey orphanage was built in 1996 by a team of missionaries led by the Reverend David Ofori, a man who became impassioned to help after witnessing the huge number of children left destitute and alone in this war torn country. Phebe Grey was created to offer hope to these innocent victims of war, providing a safe haven for as many as 300 kids at the height of the upheaval. Today, Phebe Grey is home to children who have come to them because of warfare, abuse, or abandonment. They run a veritable school for the children of the home and surrounding community and provide tremendous care to the children who live there. Today, many adults who grew up at the home completed school, college and returned back to help the place that literally saved their lives.

In 2016, there were approximately 43,000 people living with AIDS and 2800 AIDS related deaths. The prevalence of HIV/ AIDS in Liberia has led to many children orphaned.

Nearly two decades of war destroyed the country. As a result, hundreds of thousands were displaced, and countless children were left orphaned and abandoned.

For orphaned and abandoned children in Liberia, poverty makes them even more vulnerable to exploitation and disease.

Phebe Grey rests in the beautiful countryside, right outside the city of Monrovia. The home is made up of several buildings surrouding a large yard where children can often be found playing rocks, jumping rope or playing soccer under the trees.

Phebe Grey offers school to both the children who live there and some children from the surrounding community. However, with the current Ebola crisis, all schools have been placed on hold and traffic into and out of the orphanage compound has been severely restricted to prevent disease.

Reverend Williams and Sister Rose do an excellent job of teaching the children the Gospel and how it applies to their lives. They have a clear love for the Lord and the worship of the children is infectious.

The children go to a nearby hospital and clinic when a medical issue arises. They have been vaccinated as recommended by their public health organization, and other recommended medical tests are regularly administered. The children receive three nutritious meals a day, consisting of grains, vegetables, fruits and protein.

CHILDREN AT PHEBE GREY IN NEED OF SPONSORSHIP

Hi, I'm Dorcas! Age: 13 Years Old. I currently live in Liberia. Dorcas is one of… 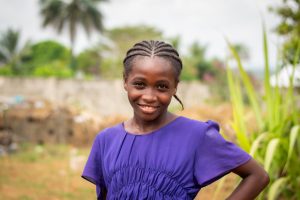 I currently live in Liberia.

Dorcas is one of the most helpful girls at Phebe Grey Home. She will sacrifice her time to wash others' clothes or prepare meals. Dorcas loves to sing and play with her jump rope. One of her biggest dreams is to travel and visit America.

Hi, I'm Priscilla! Age: 13 Years Old. I currently live in Liberia. Linda is one of… 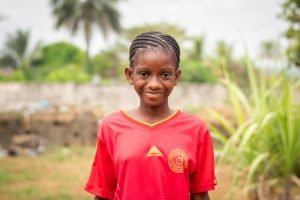 I currently live in Liberia.

Linda is one of the friendliest girls. She cares deeply for others. Linda loves to play soccer, enjoys singing, and participating in group devotions. She dreams of becoming a lawyer one day.

Helen came to Phebe Grey Orphanage in Liberia when she was ten. Helen is a happy young girl, who gets along well with everyone. She loves playing and singing with her friends. Her favorite thing to do is playing baseball.

Emmanuel came to Phebe Grey Orphanage in Liberia when he was ten with his sister, Princess. Emmanuel loves playing soccer and has a reputation around the home as being a preacher.  Whether it is singing a worship song, leading a prayer or reading a scripture, he loves playing a role in the evening devotions.. 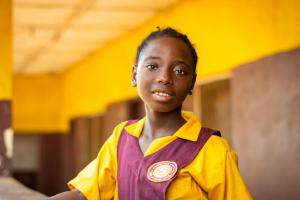 Konah came to Phebe Grey Orphanage in Liberia when she was six. Konah came to the orphanage via a UN envoy who tried to look for any relatives to connect her with but could not find any. Konah loves to read storybooks and draw pictures. One day, Konah dreams of becoming a medical doctor. 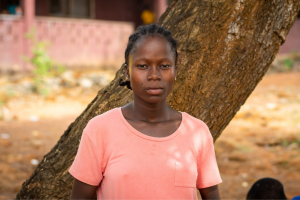 Elizabeth came to Phebe Grey Orphanage in Liberia when she was six with her twin sister, Angel. Elizabeth came to the orphanage via a UN envoy who tried to look for any relatives to connect her with but could not find any. She a constant source of joy in the home with a contagious smile. Once day, Elizabeth would like to become a manager at a bank. 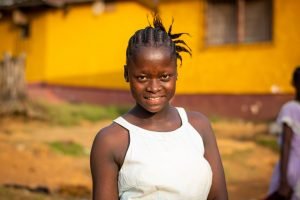 Angel came to Phebe Grey Orphanage in Liberia when she was six with her twin sister, Elizabeth. Angel came to the orphanage via a UN envoy who tried to look for any relatives to connect her with but could not find any. She is doing well in school and loves to learn. Her favorite subject is English and she dreams of one day becoming a journalist. 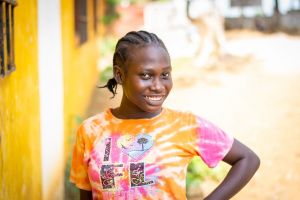 Margaret came to Phebe Grey Orphanage in Liberia when she was seven. She is doing well in school and loves to learn. She especially looks forward to her bible class!  In her spare time, Margaret loves to play baseball and sing. One day, she would like to become a pilot.

Queen came to Phebe Grey Orphanage in Liberia when she was 11. Queen is an extremely independent, strong willed girl who loves to chart her own path in life. She loves to sing and play kickball and dreams of becoming a Principal of her own school one day.