War, drug addiction and disease have exposed the children of Ukraine to trauma that will last them a lifetime. Eastern Ukraine is still involved in a conflict that has left much of the country devastated. Since it began, thousands of civilians have been killed, and 1.7 million have been displaced. As with most systemic problems, they are interwoven, with one prompting another, creating a whole host of problems for its citizens. Substance abuse is one of the most prominent issues in Ukraine, with heroin being the primary substance of abuse because of easy access and high availability. According to the International Narcotics Control Strategy Report (INCSR), released by the US Department of State, 68,220 drug addicts were registered in Ukraine as of May 2015. However, the report also estimated that the actual number of people with substance abuse disorders in Ukraine could be as high as half a million. With drugs flooding the nation, the country has been ranked as having one of the highest rates of HIV infection in all of Europe. The Ukraine has struggled with the issue of street children for years, many abandoned due to their parents’ addiction. Children who are alone face extreme vulnerabilities. The freezing cold temperatures are almost impossible to bear for those living on the streets. They are also at risk of substance abuse, sexual assault and engaging in a life of crime. They depend on the immediate shelter, food and care that homes like Native Home can provide.

Native home, located in Ukraine is a safe haven for over 30 orphaned and disadvantaged children. Those who call this place home have a different story and are referred for different reasons. No matter the reason, Native Home stands firm upon the premise that every child deserves to be loved. The leadership of this home makes it a priority to create an atmosphere that is nurturing and a safe place for the children to discover new skills, new hopes and dreams for their future.

The children are learning to play musical instruments at a local music school and some children attend additional clubs and classes. These include drawing, football and volleyball.

The issue of drug and alcohol abuse has led to higher incidences of child abandonment. native Home has also received children who have been abandoned due to either disability or poverty.

Native Home operates out of a campus comprised of dorm rooms where the children sleep, a kitchen, bathrooms, and plenty of room for the children to live and play. There are available rooms that the staff are looking to turn into  workshops for the children to develop new skills, especially those who enjoy more “hands on” learning.

The children are provided with proper medical care, and are taken to a nearby hospital if an emergency arises. . The children are given three nutritious meals a day, complete with protein, grains, vegetables and fruit.

At Native Home, they are serious about faith! Founded on Christian principles, staff make it a priority to teach the children about the love of Christ through regular church services, devotions and bible studies.

At Native Home, all eligible children are enrolled in public school. Several of the children are learning to play musical instruments at a local music school. Some also attend additional clubs and classes such as drawing and culinary classes, football, and volleyball clubs. 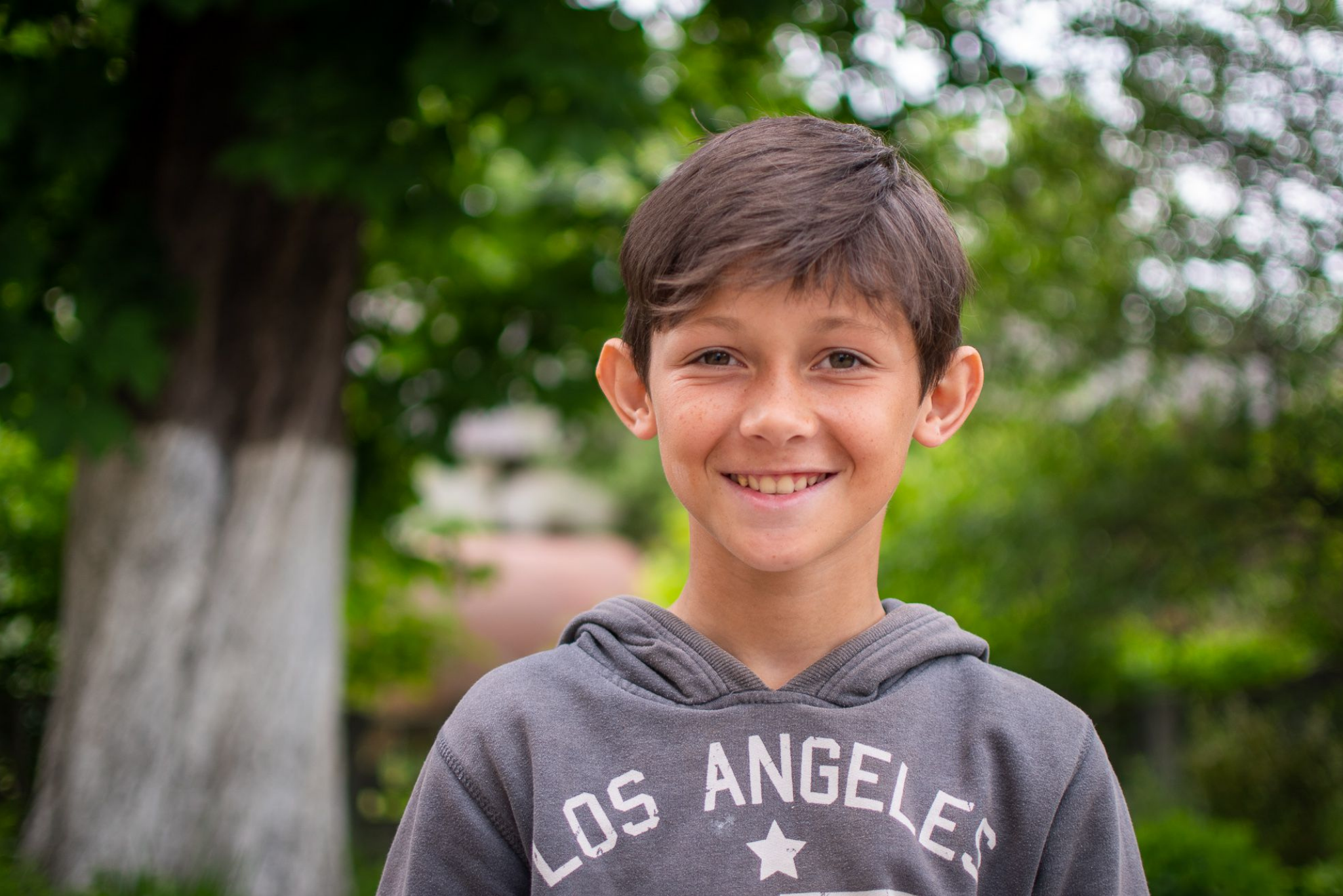 Arthur currently lives at Native Home in Ukraine. He is an extremely active and energetic young boy. He loves playing outdoor sports, especially soccer. Arthur’s biggest dream is to become a professional soccer player and travel to America one day. 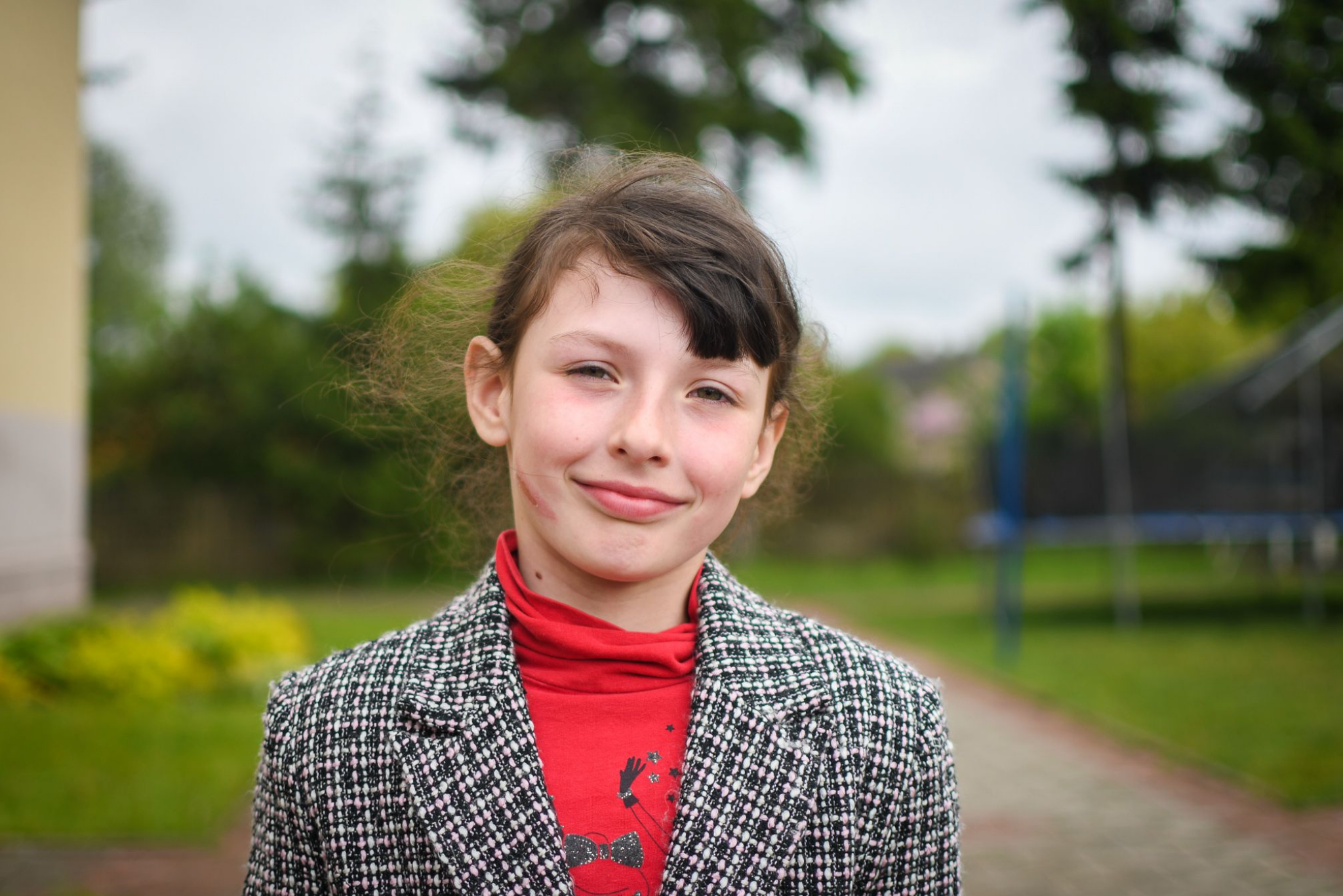 Solomia currently lives at Native Home in Ukraine. She is an extremely shy and compassionate young girl. She is often the first to offer to help and is sensitive to the emotions of other children. She loves to play the piano in her spare time. 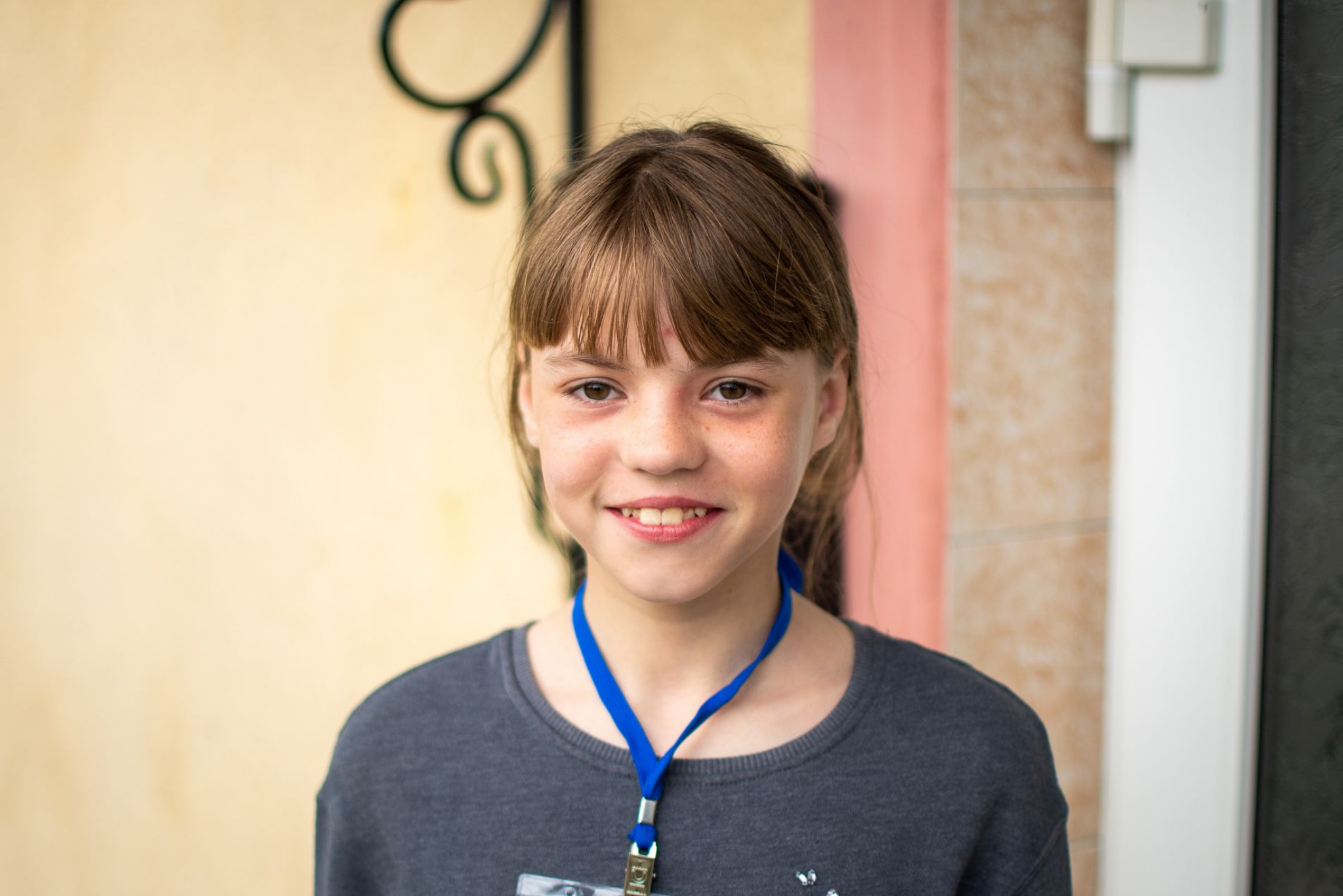 Angelina currently lives at Native Home in Ukraine. She is an extremely athletic young girl and can often be found showing off her tricks with a soccer ball. She is funny, always telling jokes and making others laugh. 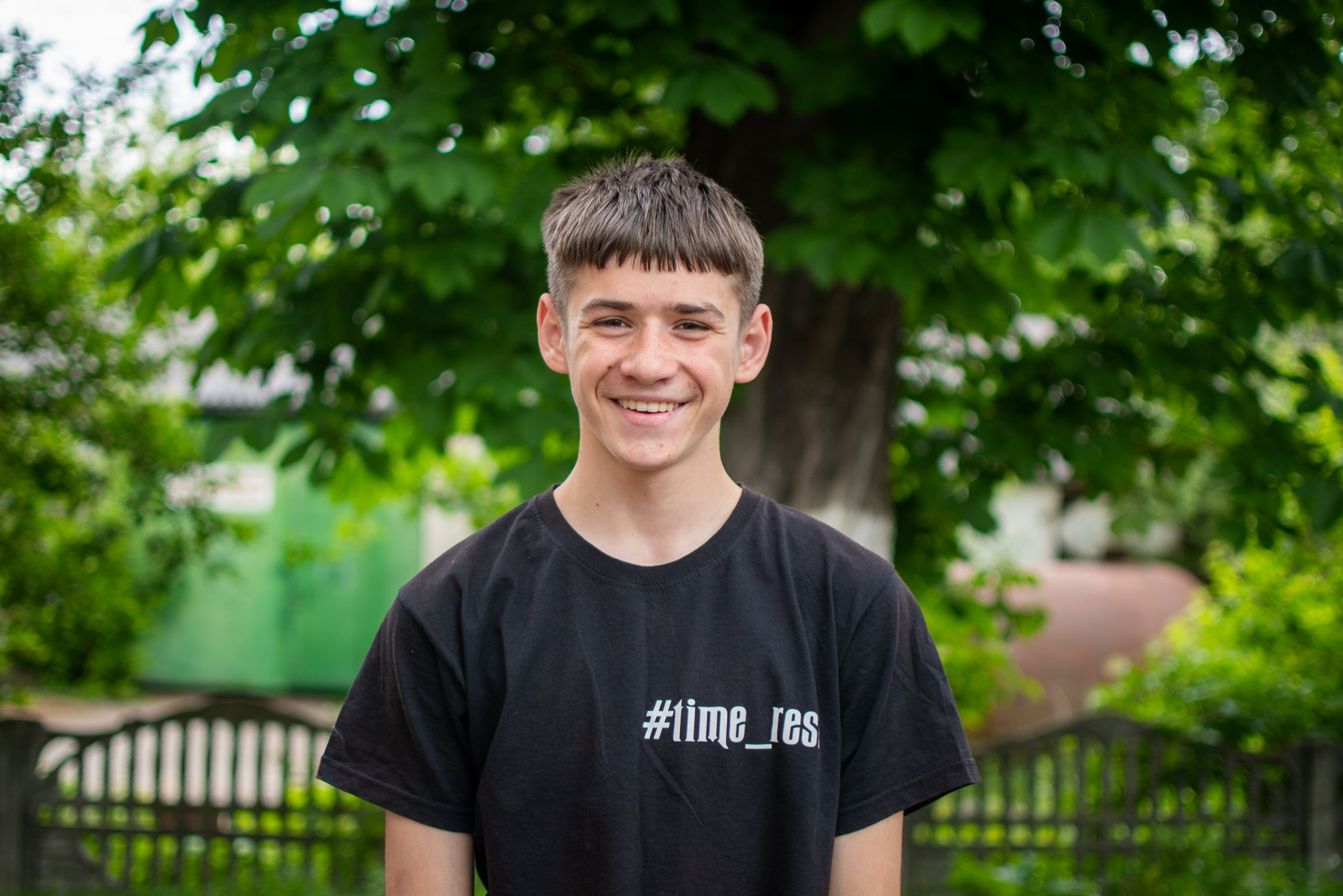 Ivan currently lives at Native Home in Ukraine. Ivan is an extremely active young boy. He loves to play outdoor games, especially volleyball. Ivan is a gifted artist who loves to spend his quiet time drawing and creating. 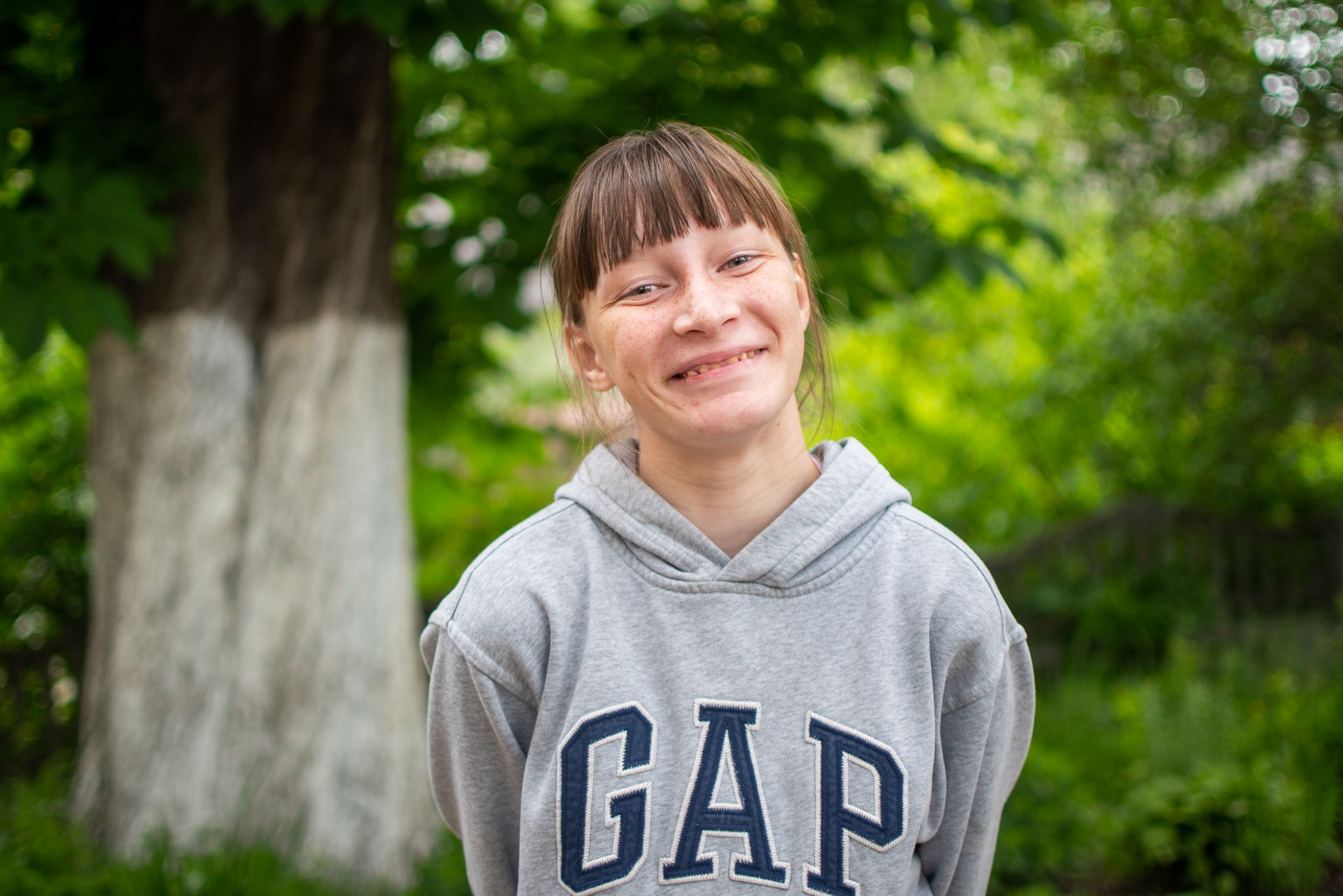 Kristina currently lives at Native Home in Ukraine. Kristina is in the 10th grade and especially excels in math. She does not let her disability limit her in pursuing her dreams. She is extremely resilient and has overcome many obstacles in her life. Her biggest dream is to travel to Kiev, the capitol city of Ukraine one day.