War, drug addiction and disease have exposed the children of Ukraine to trauma that will last them a lifetime. Eastern Ukraine is still involved in a conflict that has left much of the country devastated. Since it began, thousands of civilians have been killed, and 1.7 million have been displaced. As with most systemic problems, they are interwoven, with one prompting another, creating a whole host of problems for its citizens. Substance abuse is one of the most prominent issues in Ukraine, with heroin being the primary substance of abuse because of easy access and high availability. According to the International Narcotics Control Strategy Report (INCSR), released by the US Department of State, 68,220 drug addicts were registered in Ukraine as of May 2015. However, the report also estimated that the actual number of people with substance abuse disorders in Ukraine could be as high as half a million. With drugs flooding the nation, the country has been ranked as having one of the highest rates of HIV infection in all of Europe. The Ukraine has struggled with the issue of street children for years, many abandoned due to their parents’ addiction. Children who are alone face extreme vulnerabilities. The freezing cold temperatures are almost impossible to bear for those living on the streets. They are also at risk of substance abuse, sexual assault and engaging in a life of crime. They depend on the immediate shelter, food and care that homes like Pilgrim Republic can provide.

Gennadiy is hero to over 2000 children who have been rescued from the streets of Mariupol, Ukraine. It’s fearless leaders like Gennadiy, that inspire greatness in our world.

In 2000, Gennadiy Mokhnenko, along with his wife and other members of their congregation, began delivering food to children on the streets. They were shocked to find that many of the children, even the youngest of them, were addicted to drugs and alcohol. Many were also infected by HIV, and unable to receive proper treatment. As time passed, Gennadiy and his church grew more and more impassioned about the children’s plight. They knew they needed to do more for these children than to simply visit them in their misery. Gennadiy began offering children shelter in an old, abandoned building. The church was later able to purchase and remodel the building into what is now Pilgrim Republic Children’s Home, a place of refuge, recovery, and rehabilitation. Today, they serve over 100 vulnerable children in Ukraine. They work to rehabilitate them from drugs, and give them opportunities to pursue their education, overcome trauma and rewrite their story.

All the school aged children are enrolled in either public and private schools. Some of the children attend school on premises at Pilgrim Republic. This ensures that the children undergoing rehabilitation for drug and alcohol abuse are resocialized and able to cope well within the education system upon returning to permanent care.

As a result of its roots as a ministry of the local church, Pilgrim takes excellent spiritual care of its children. Children are not only healing physically from the struggles of their past. The local church also sees to it that they are healed spiritually during their stay at Pilgrim.

Pilgrim is recognized as the largest alcohol and drug addiction rehabilitation center in the country and it is continually rescuing the youth of Ukraine from  addiction. They have medical staff on site for basic needs. For serious medical emergencies, they are taken to a local hospital.

CHILDREN AT PILGRIM IN NEED OF SPONSORSHIP 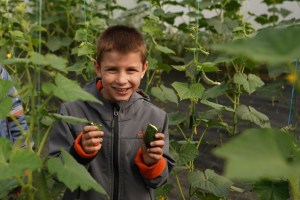 Maksim currently lives at Pilgrim Republic Safehouse for Children in Ukraine. He came to the home with his big brother, Bogdan. Maksim loves to play sports outside with his friends. He is very active and has a natural sense of curiosity about life and how things work. 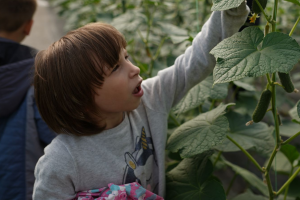 Kira currently lives at Pilgrim Republic Safehouse for Children in Ukraine. Kira is one of the most joyful children at Pilgrim. She always seems to have a smile on her face. her favorite thing to do is to play with her friends and sing songs. 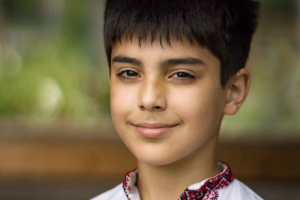 Nikitia currently lives at Pilgrim Republic Safehouse for Children in Ukraine. Although Nikitia is quiet, he is extremely active. You can often find him outside playing soccer, which is his favorite sport. He dreams of becoming a police officer one day. 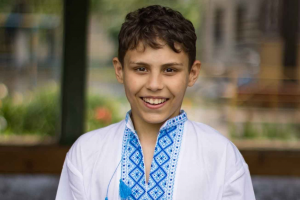 Roman came to Pilgrim Republic Safehouse for children with his brother, Maskim. The two are always playing together and going on adventures around the property. Roman is currently in the 5th grade, and he loves going to school. When Roman grows up, he dreams of becoming a police officer.