War, drug addiction and disease have exposed the children of Ukraine to trauma that will last them a lifetime. Eastern Ukraine is still involved in a conflict that has left much of the country devastated. Since it began, thousands of civilians have been killed, and 1.7 million have been displaced. As with most systemic problems, they are interwoven, with one prompting another, creating a whole host of problems for its citizens. Substance abuse is one of the most prominent issues in Ukraine, with heroin being the primary substance of abuse because of easy access and high availability. According to the International Narcotics Control Strategy Report (INCSR), released by the US Department of State, 68,220 drug addicts were registered in Ukraine as of May 2015. However, the report also estimated that the actual number of people with substance abuse disorders in Ukraine could be as high as half a million. With drugs flooding the nation, the country has been ranked as having one of the highest rates of HIV infection in all of Europe. The Ukraine has struggled with the issue of street children for years, many abandoned due to their parents’ addiction. Children who are alone face extreme vulnerabilities. The freezing cold temperatures are almost impossible to bear for those living on the streets. They are also at risk of substance abuse, sexual assault and engaging in a life of crime. They depend on the immediate shelter, food and care that homes like Sails of Hope can provide.

Sails of Hope is now a home of love that offers nourishing food, medicine, and the Gospel to abandoned children. As a result of the work at Sails of Hope, more than 250 children have received material, social, psychological, and spiritual support. Twelve families have been restored after the parents became free of drug and alcohol addictions through the church’s Christian rehabilitation centers. More than 20 children have been adopted or taken into foster care, and more than 60 children from families in need regularly receive food products, clothing, medicines, and other necessities for living.  When children’s homes begin to work alongside their community, sharing resources and knowledge, they can together become empowered to develop systems of care that are not only culturally appropriate, but are also long term and sustainable. Sails of Hope adopts this approach as they are not only a refuge for the children residing there, but they are also providing and sharing resources with impoverished families living in the warzone.

The shelling left Sails of Hope’s building in shambles. The windows were broken, the roof was gone and a gaping hole was left in the side of the building. However, since then, Sails of Hope has been rebuilt and restored, once again offering a place of solace and relief for children in their community.

The school-aged children at Sails of Hope are able to attend a nearby public school. When the weather permits, they walk to school. They are provided with tuition, and supplies.

Founded on the Christian values of love and care, to this day Sails of Hope has a burning passion to give homeless children a place to call home. The children are presented with the gospel in an appropriate manner with love and understanding.

As a result of the work at Sails of Hope, more than 250 children have received mental, social, psychological, and spiritual support.  Families have been restored after parents became free of drug and alcohol addictions through the church’s Christian rehabilitation centers. With a nurse and counselor on staff, children receive excellent medical and emotional care.

UKRAINIAN CHILDREN IN NEED OF SPONSORSHIP 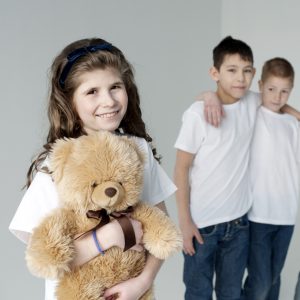 I currently live in Ukraine.
My favorite hobby is making crafts and dancing.

Anjelika enjoys taking care of the animals at the home and shows a strong interest in biology at school. Her dream is to one day become a vet. 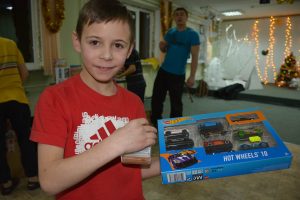 I currently live in Ukraine.
My favorite hobby is playing sports.
When Andrey first came to the home, he was unable to read and had spent very little time attending school. Now, he enjoys his studies and dreams of being a professional athlete one day. 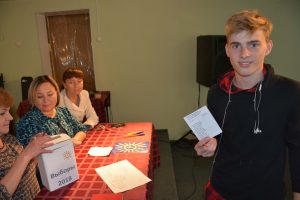 I currently live in Ukraine.
My favorite hobby is playing soccer.
Denis does well in school and dreams about being a professional soccer player one day!